I finally managed to get round finding time to write a review for this weeks episodes of Warehouse 13 and Alphas. Unfortunately, one reason why I delayed writing a review was that both episodes were mediocre as best this week. That’s why both reviews won’t be as extensive as normally as I have already described both shows shortcomings before and now like a perfect storm they found their way into these episodes. 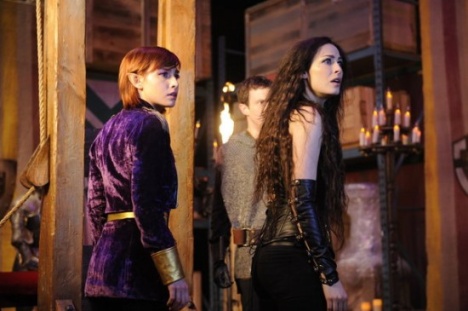 Warehouse 13 ‘Don’t hate the player’ , starts of quite well, a geeky friend of Fargo (Eureka) anxiously calls up saying he can’t wake him and a friend from virtual reality. Pete, Myka and Claudia investigate and quickly discover the VR effect is enhanced with the use of an artifact. Pete and Claudia also go into the VR game to Fargo and his friend out, along the way coming into contact with their fantasy clones which in the case of Claudia is dresses in a rather skimpy outfit with details that are described by Pete as freckles. Things take a turn for the worst when they find out they can die in VR, luckily they are later helped out by Myka who is also sporting a tight skimpy outfit in VR (probably an attempt by the producers to make up for HG wells’ absence). In the end they manage to defeat the monster who is no other than the girlfriend of Fargo’s friend (two otherwise completely forgettable characters).

In the meantime Steve and Artie are on a art-artifact hunt that seems only mildly more interesting because its sets the storyline for the coming episodes.

The special effects to create the VR in the beginning quite good but as the episode progresses they get worse and become quite distracting, the acting is apart from a few well delivered one-liners nothing to write home about. This show suffers from the fact it isn’t just serious enough, mostly because of the premise which doesn’t make much sense. The drama that has been added this season makes up a little but it needs the synergy of good special effects, good plots that viewers care about and character development. Most of the time we aren’t getting this synergy and the show is marching off to jump the shark. That it got renewed for another season is a mystery that might best be investigated as a premise for an episode. 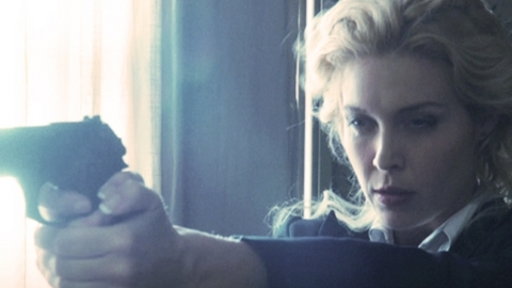 Alphas ‘Bill and Gary’s Excellent Adventure’ , has at first sight the ingredients for an excellent episode. Both Gary and Bill are the most interesting characters of Alphas, this episode also sports a guest star with an interesting background and the premise is a hunt of an non-Alpha villain. Nevertheless the episode suffers from being dull….. i just can’t say it in any other way, the episode is mostly centered around Bill who wishes to catch some drug dealers in order to get into the good books with the FBI, but it just doesn’t work. The show’s writers perhaps hoped foolishly that a character motivated beyond good and evil would be interesting for a character who only sees good and evil. It merely undermines what has been built up over the past few weeks. The special effects for this episode are mediocre, the plot development is unsurprising and in fact I’m still having trouble remembering the names of the characters on this show. The episode got this seasons lowest viewer rating of Alphas so far, just 1.83 million. I’m pretty sure there won’t be a second season of Alphas.

Next weeks previews, lets hope both shows will try harder.