This weeks episode we saw another good attempt from the producers to force the mythology of Eureka full ahead. With the cancellation season 6 I can’t see that changing until the bitter season 5 end. Last weeks episode saw Dr Blake being mind-controlled by our former hot hostess Dr. Beverly Barlow. This week Dr. Blake is back at GD looking to resume her work as head of GD. However, Senator Wen is in town and she like most people (including Carter) can’t see Blake resuming her work just like that. This episode we thus see her working on the aftermath of last week’s episode and desperately trying to prove herself. Senator Wen’s character (played by Ming-Na from Stargate Universe) appears in this episode as more amiable to the Eureka characters though still tough and quite frankly hard-boiled. She decides against allowing Dr. Blake to resume as head and for the time being looks after GD herself, where she makes a few changes.

One brilliant quite from the episode is in a scene where Sheriff Carter asks what he should do after he enters a meeting in Senator Wen’s office. She reply’s, “Just stand there and look pretty” is just brilliantly delivered with a deadpan style.

As the episode progresses Sheriff Carter finds out that GD is under attack from mechanical Mites that were designed to create the hull of the ship intended for the Astraeus mission by eating tungsten. However it transpires Zane programmed them which means they do their job just a little too well and now are eating every bit of tungsten at GD and thus may cause the collapse of the complex.

As all this progresses the people that are being tested for the Astraeus mission to Titan find themselves tested by being put together in a small chamber and subjected to petty torment. Thus we see Dr. Fargo, Dr. Parrish, Lupo, Zane and Dr. Martin trying to both work together and sabotage each others efforts all at the same time. Dr. Parrish’s effort (played by Whill Wheaton) are quickly becoming an internet favorite though one questions how long the writers of this show can keep coming up with new sneering remarks before they come old, and I admit… perhaps that moment has already passed. 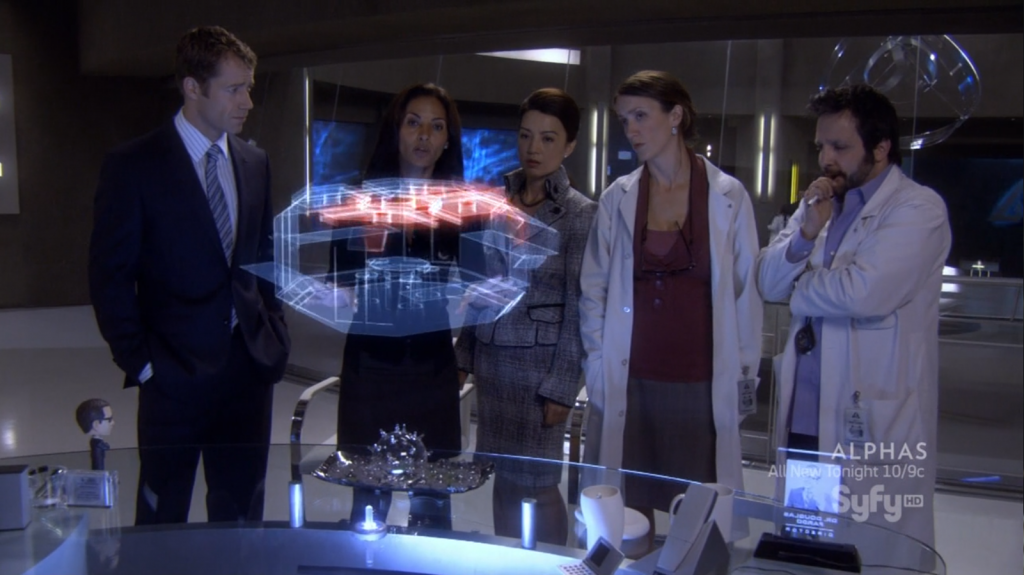 In the end Carter restores faith back into Dr. Blake who then manages to guide Carter to save the day by destroying the Mites, the episode thus brings us back to the things as they are of before the Beverly take-over of Dr. Blake and one might wonder what the entire point was of this short story arc.