Welcome to the dedicated page of the 2000 miniseries officially entitled Frank Herbert’s Dune. There already is a summary of this series on the page in which I discuss all of the film and series adaptations. Frank Herbert’s Dune is a series from 2000 by director John Harrison featuring a large ensemble cast. Alec Newman plays Paul Atreides, Lady Jessica by Saskia Reeves, Duke Leto by William Hurt and the Baron Harkonnen by Ian McNeice. Julie Cox plays Princess Irulan Corrino and Giancarlo Giannini the Padishah Emperor Shaddam IV. Despite this adaptation intended for TV with only a shoe-string budget it has a cinematic feel. Perhaps sensing the future convergence of TV an film the series used the then new 2.00:1 aspect ration called Univisium. Though it only broadcast in 1.78:1.

The series was made as a three-part series and is on the main an orthodox adaptation of the novel. The first part deals with events up to and including the fall of House Atreides. Part two deals with Paul and Jessica integrating with the Fremen warriors. Jessica undergoes the spice agony and successfully converts it into the water of life. Meanwhile Irulan unravels the plot the Baron Harkonnen and her own father has instigated against House Atreides. In Part 3 Paul also undergoes the spice agony and the final confrontation between Houses Harkonnen, Corrino and Paul’s Fremen warriors ensues.

The many versions of Dune

Not unlike other Dune adaptations this series is not without controversy. Several versions exist, notably the cut down on some of the nudity which by today’s standard can be considered tame. The 265 minute broadcasting version removed the nudity, unlike the 272 and 277 foreign broadcasting version. The latter two are also referred to as the 280 minute versions. In 2002 the director’s cut saw release with a running time 286 minutes. This is the version to get and includes all deleted scenes. For an overview of the deleted scenes, read my other page.

This version is both faithful and successful. It put the then known Sci Fi Channel on the map. The main themes from novel remain and the characters are generally authentically portrayed. Some fans have criticized the casting of Alec Newman as Paul Atreides — but the more mature look works for me. I do have a gripe with some of the other acting — notably P.H. Moriarty who at time brings his dialogue in way that approaches camp. As principal photography was done in Prague in the Czech Republic there is an abundance of European actors.

What I like about this series is an honest attempts at recreating the lifestyle of the Fremen. Their society and norms are very different than what Paul and Jessica are used to. Yet, using the Bene Gesserit teachings Jessica manage to guide the two through the many perils. The 1984 Dune movie used the Fremen as a tool, a prop with which the story could reach its climax. Here the Fremen are the story, their hatred for the Harkonnen and Spacing Guild is already established. This three-part series shows how Paul and Jessica manage to convince them to launch a Jihad against the enemies of House Atreides. As with novel the focus is often on Jessica. It is her trials that guides the pair through the initial integration with the Fremen warriors.

However, the writers of this series also made some larger changes. Some scenes were added to ensure a better flow of the story. Mostly this expanded the role of Princess Irulan (played by Julie Cox) with the intention of giving the viewer better insight into the motives of House Corrino. This readjustment also ensured more use of certain sets, specifically those depicting Kaitain and Giede Prime. However, the poor wardrobe and limited budget means even this series is not the grand adaptation fans want. By today’s standard the series looks dated, and the peculiar choice of hats is for many fans off-putting.

Due to the success of Frank Herbert’s Dune a sequel series produced. Children of Dune from 2003 adapted both the second book Dune Messiah and the third book Children of Dune. 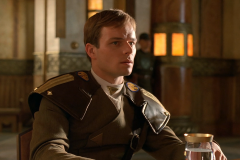 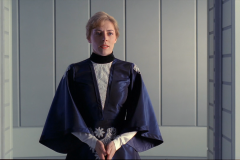 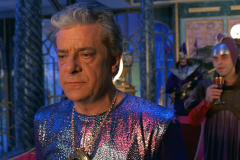 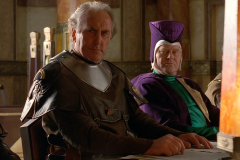 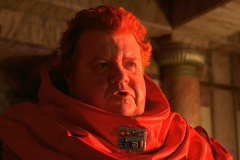 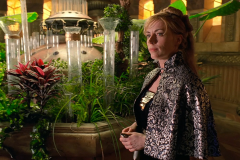 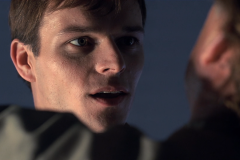 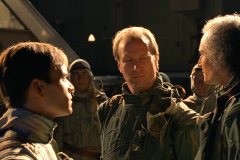 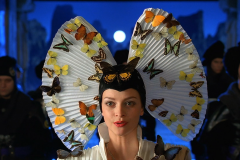 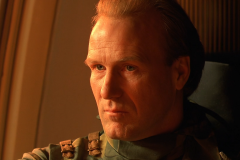