Revelation Space is considered to be Alastair Reynolds‘s Magnum Opus. It successfully combines space opera with elements of hard SF. But the many characters, storylines across space and time can be taxing to understand. Considering the large number of novels, novellas and short stories that make up this fictional universe you may need a guide. Hence I wrote this explanatory page.

The first time I came into contact with Revelation Space was in the early 2000s. Back then I held a desire to pursue my own venture as a science fiction author. As such I decided to start reading works that up until that point I had not but which were considered to be the best. I had already seen the first novel of Reynolds on many bookshelves in stores. I had read a few pages and was intrigued. With the release of the much-lauded standalone sequel Chasm City I decided to gamble and purchased along with novels by Dan Simmons, Arthur C. Clarke and Philip K. Dick. For some reason I read Revelation Space first and I have been hooked ever since. Revelation Space differs from many franchises in that it combines space opera with hard SF giving the stories a gritty hard-boiled feel. 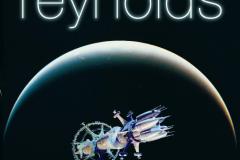 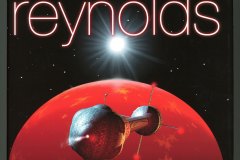 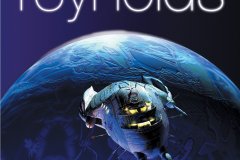 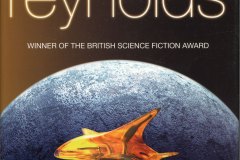 Revelation Space covers six novels, seven short stories and seven novella’s. Most were published between 2000 and 2005, but the first short story was in fact published in 1990 when the author was only 23 years old. The series has been intermittently expanded while the author published many other works. The last novel was Elysium Fire, a sequel to the previous standalone novel The Prefect (now titled Aurora Rising). The original trilogy will in 2021 be expanded with Inhibitor Phase which will also be the title of this Tetralogy. If you are interested in the Revelation Space stories you can consult this page. You won’t have to miss any of the stories and you will get a deep background on characters, settings and themes. 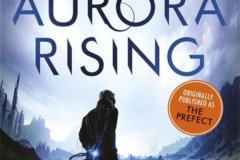 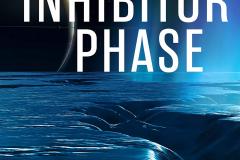 AlastairReynolds.com: the author’s website with listing of his novels and public appearances