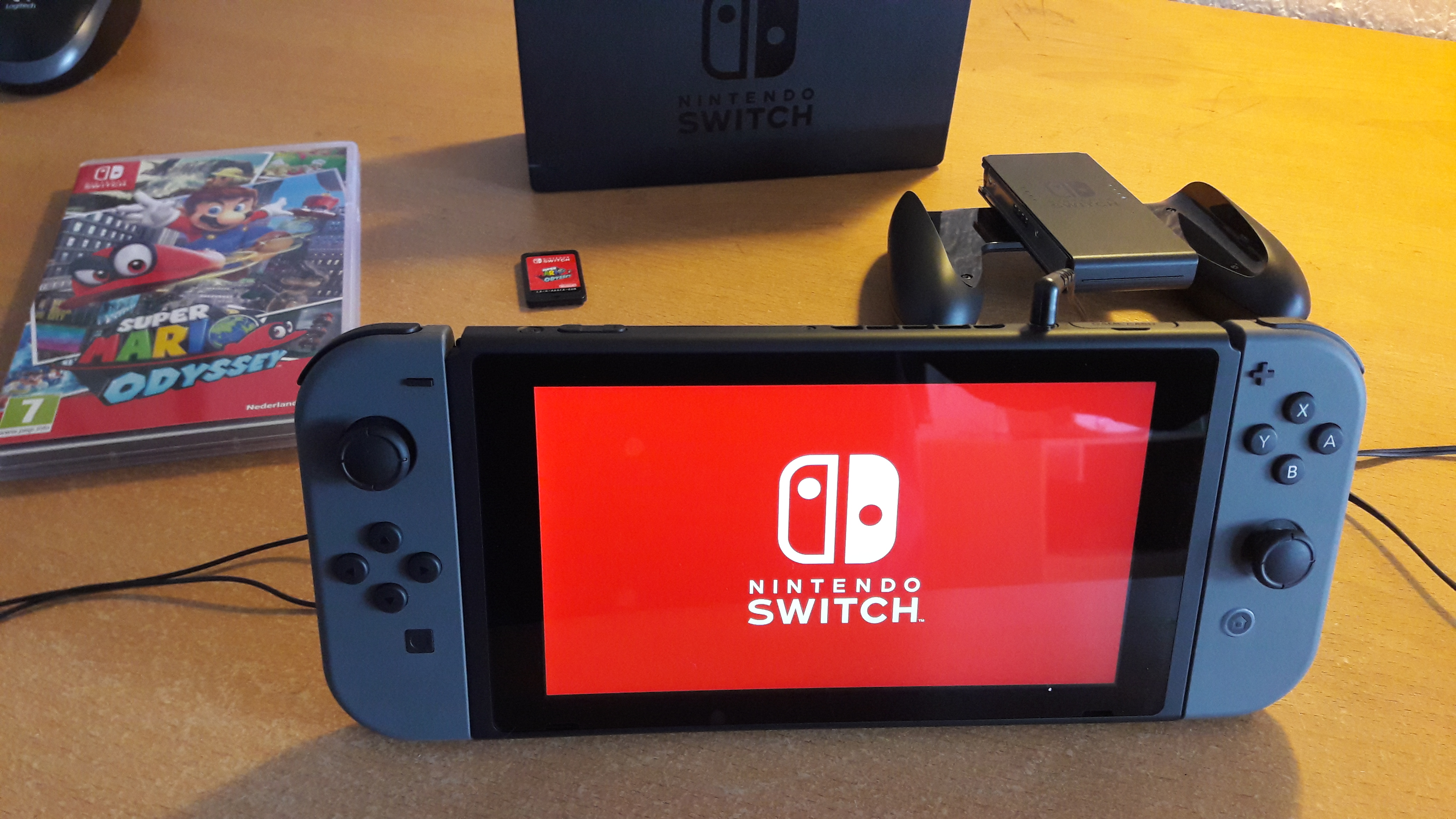 I finally purchased the Nintendo Switch. After last week’s review of Super Mario Odyssey I hinted I would get one. I wrote that review using the Switch from a friend. But I suffered from Mario withdrawal symptoms during the week which pushed me over the edge. I doled out the necessary cash for one grey Switch console and a copy of Super Mario Odyssey. I know many of you have already played the console or watched it being unboxed, but I thought I would write an article about it nonetheless. 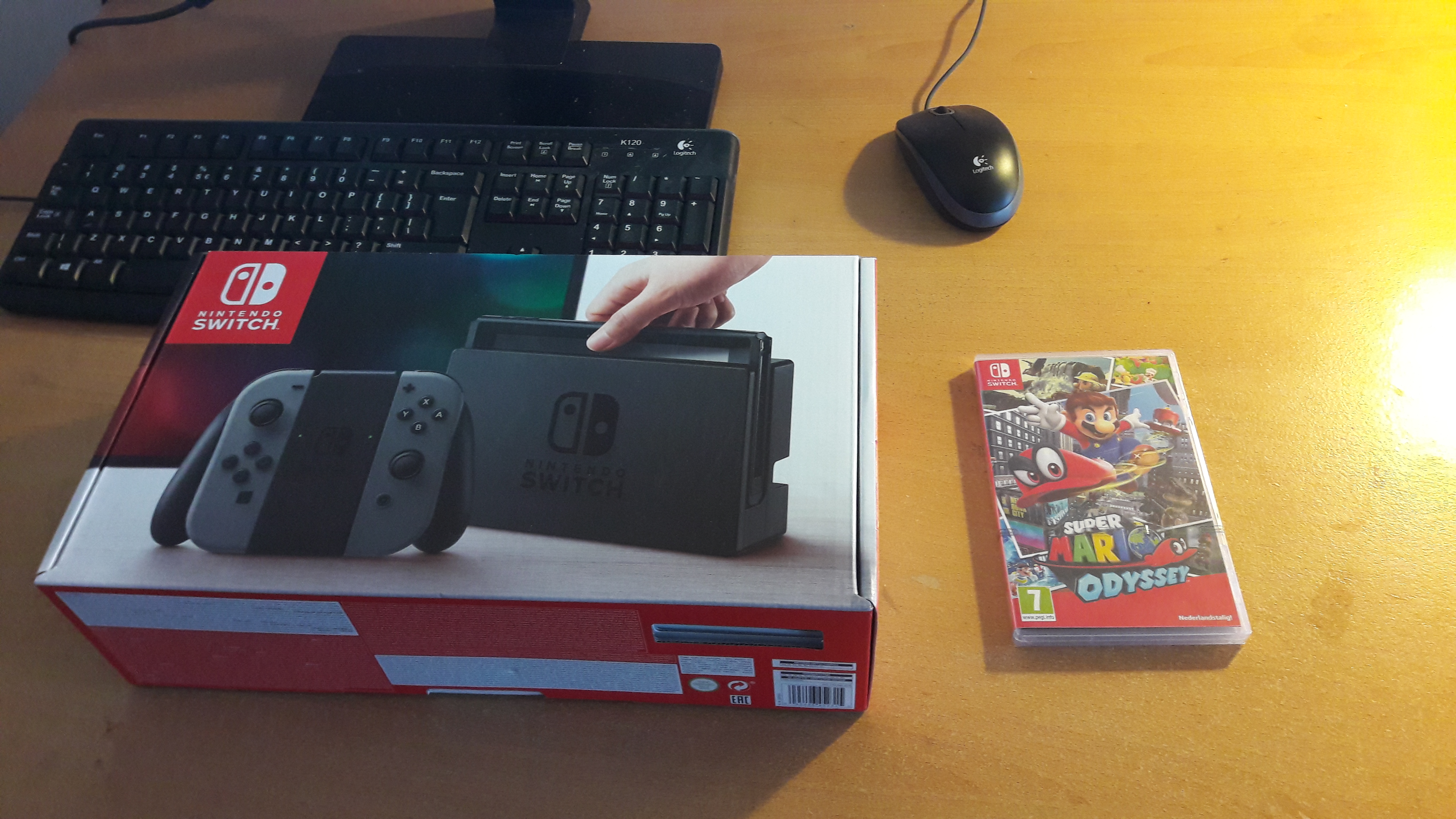 Unboxing the Switch console couldn’t be easier. The box it comes in unfolds to present its contents like a case. Each of the components and accessories are nicely packed in foam or plastic but without any use of irritating plastic stickers. When I first used a Switch console some months ago I was surprised by its weight, but since using it extensively my worries have passed. The console of course comes with a docking station, which I won’t be using much.

There is also a holder for the two joy cons – thus simulating a gamepad, but my experience so far has not been positive. If I would be using the docking station I would use the dedicated gamepad – the Pro Controller. I have yet to pick one up, as it is the price of a full game I won’t get one until I feel like I absolutely need it. The accessories are completed by two Joy Con straps. Setting up the console settings was easy as pie. I watched a few videos on YouTube of people making a real hack of it, but I didn’t have a problem. Within 2 minutes I was on my way playing Mario. 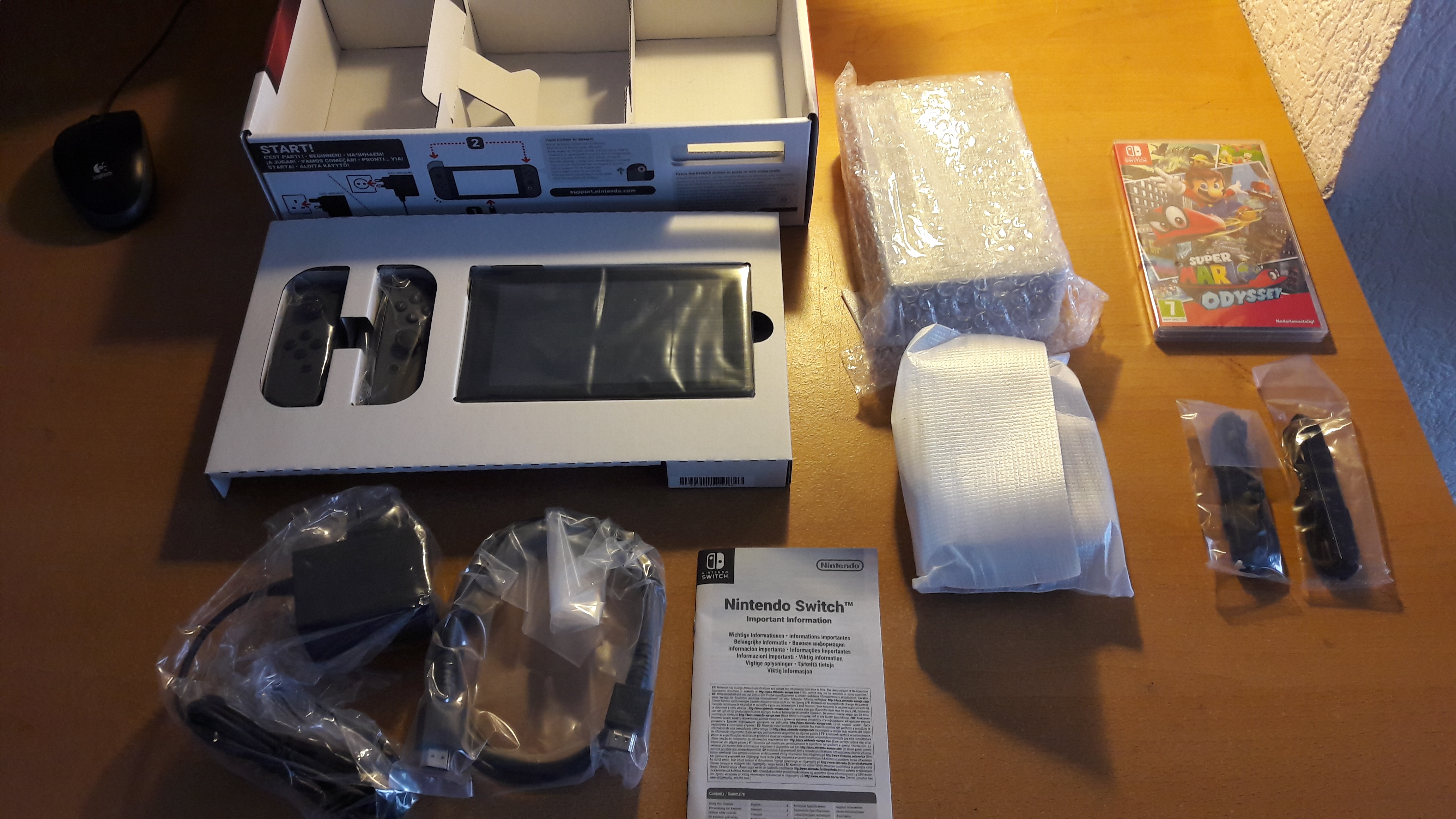 For a long time I had doubts I would purchase the Nintendo Switch. I feared I would not be able to get the investment back. When I owned a GameCube I also purchased an Xbox on the day Knights Of The Old Republic was released. It gave me a dirty feeling – owning two consoles felt wrong. Afterwards I never regretted either purchase but I wanted to be absolutely sure which console I should get. I choose the Nintendo Switch to play those classic franchises such as Mario, Zelda and Metroid. I also hope that more triple AAA games will make it to the console. Currently the sales for Switch are excellent and figures up to 30-50 million have been mentioned for the course of its lifetime. 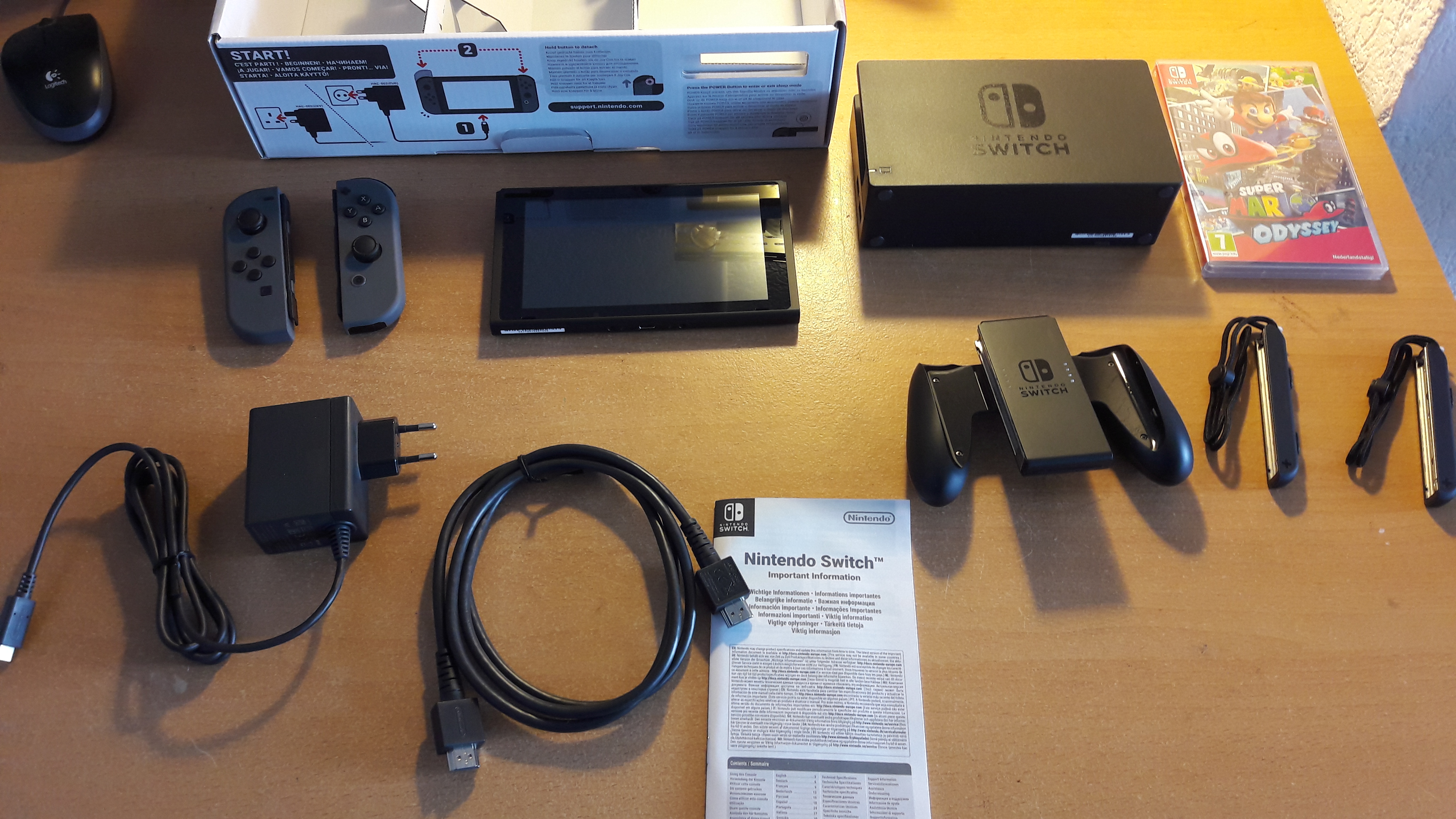 So what kind of games would I like to play in the future? There are many classic franchises to pick from. I would love to see a return of SSX, as well as Need For Speed and Splinter Cell. Yet so far what has been confirmed are Resident Evil, Metroid Prime 4 and Steep. Another game I am dying to play is Beyond Good and Evil 2. Originally this game was rumored to be exclusive for Switch, but there is some doubt it would arrive for the console at all. If it doesn’t, I will get it for Windows PC. 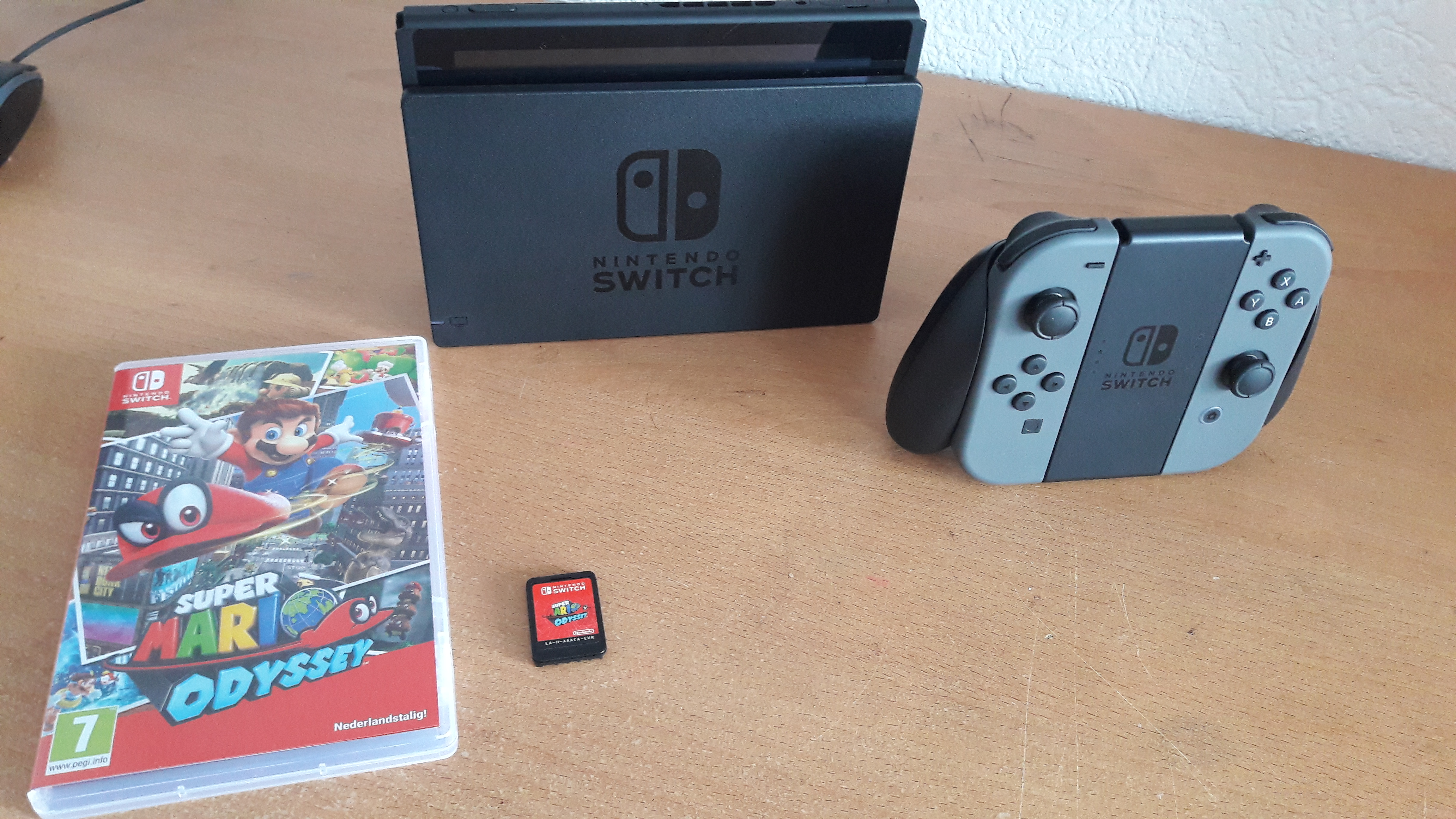 Also there are many games I would like to see on the Switch but that would arguably be better played on the PC. If there ever was a The Division 2 I would not want to play it on the Switch, the same goes for games such as War Thunder, World of Tanks / Warships or Star Citizen. For those I have a desktop gaming rig. What I would like to see is the Nintendo Switch unfold as a media device. A number of streaming video services are set to make their way to the console. Yet Nintendo seems to have done little to make the console act as a full-blown tablet. 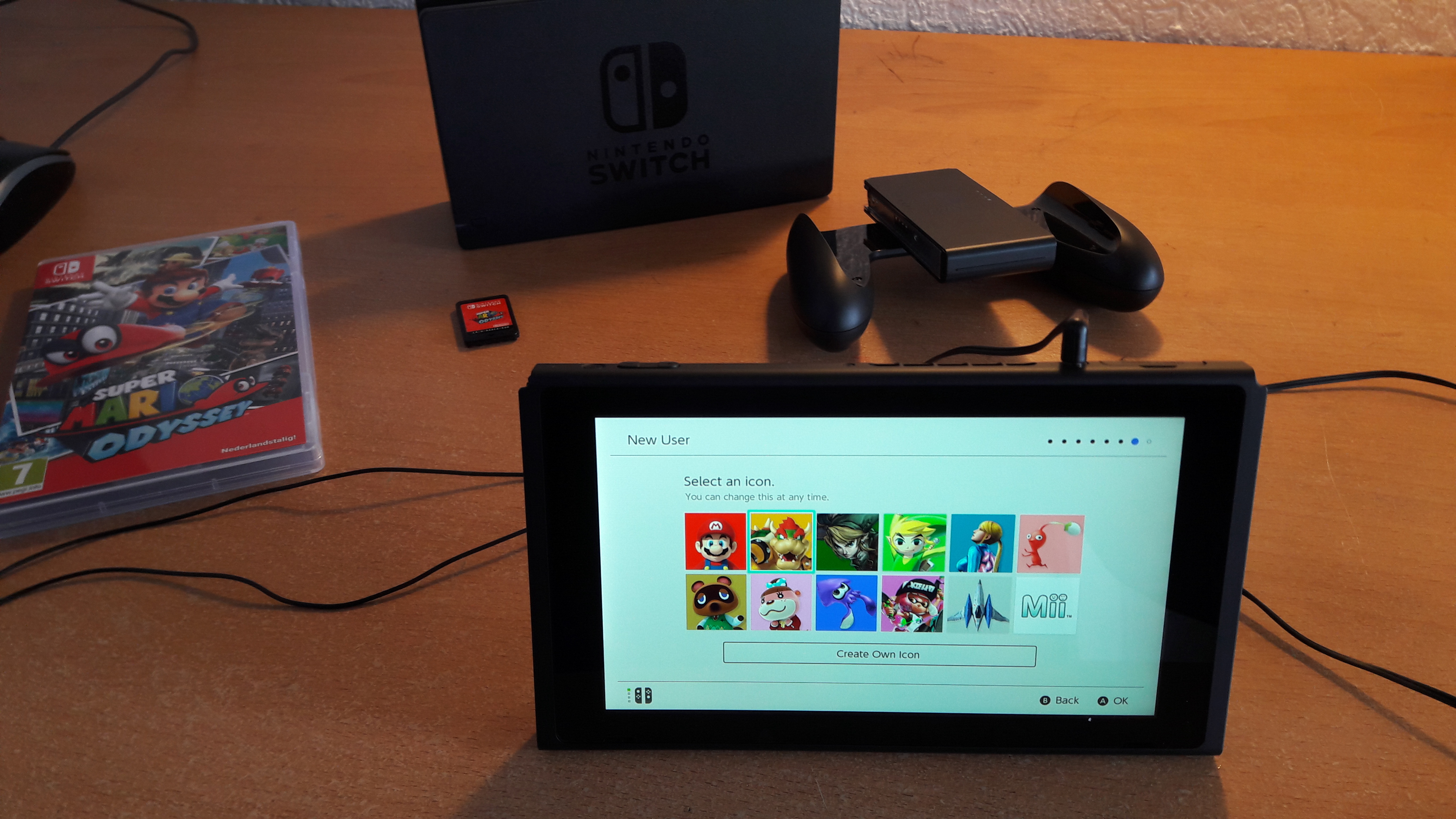 For a full list of games check out the wiki page. 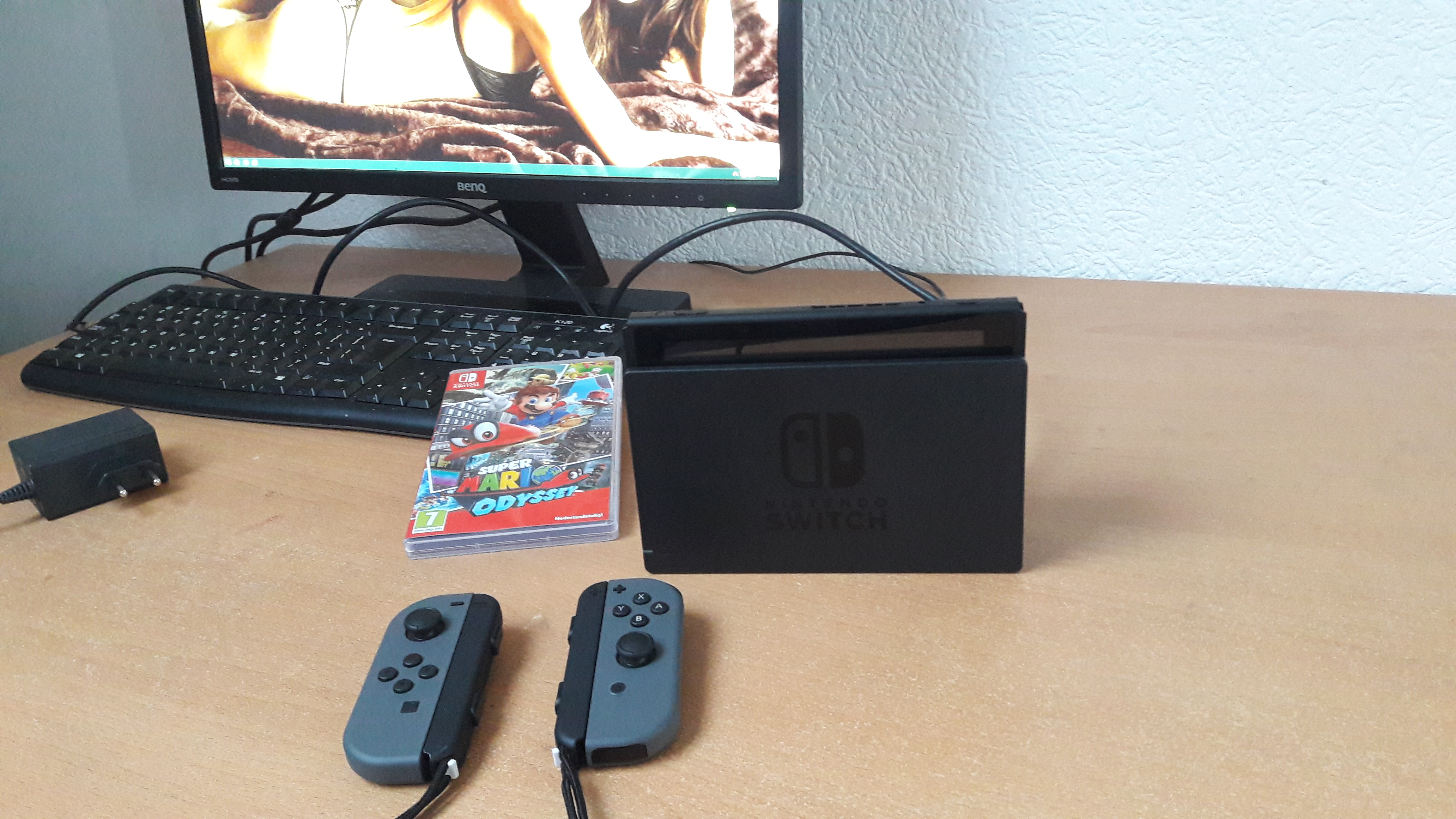