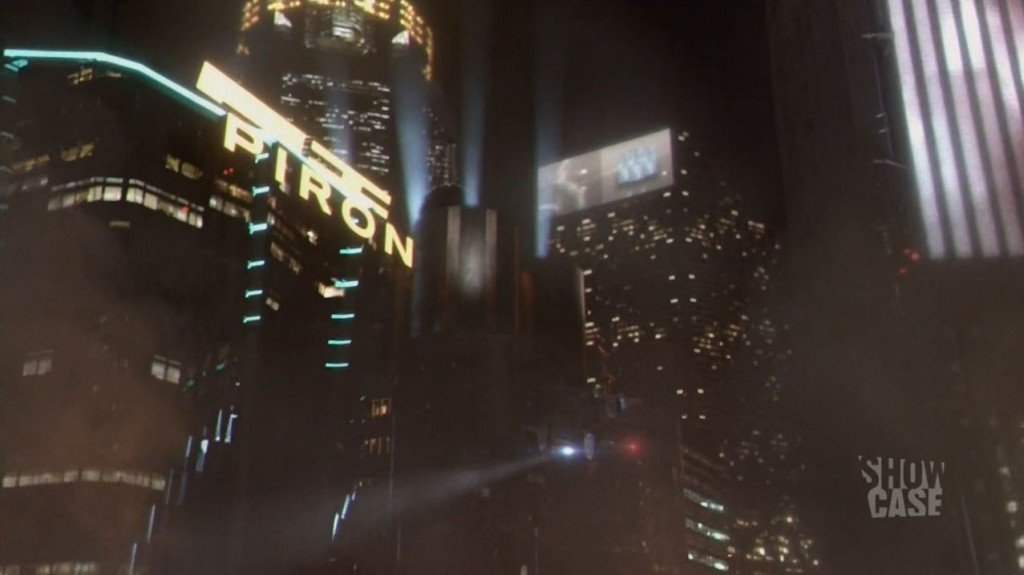 The sixth episode of continuum continues with the new direction that episode 5 started. Now that Edouard Kagame (Tony Amendola) has rejoined Liber8 they have changed their strategy. No longer do they use self-defeating scare tactics but instead they have opted to promote Liber8’s manifesto through manipulating the Occupy like movement seen in the back story. After Liber8 kidnaps a CEO Carlos and Kiera are put on the trail of Liber8 by one of the protestor’s, Alec is reluctant to help Kiera after he has learned that his stepbrother Julian took part in it. Alec’s stepfather Roland also has a larger role in this episode and we quickly see he doesn’t agree with Julian’s sense that violent protest is the only answer to what they both see as a corrupt capitalist system. 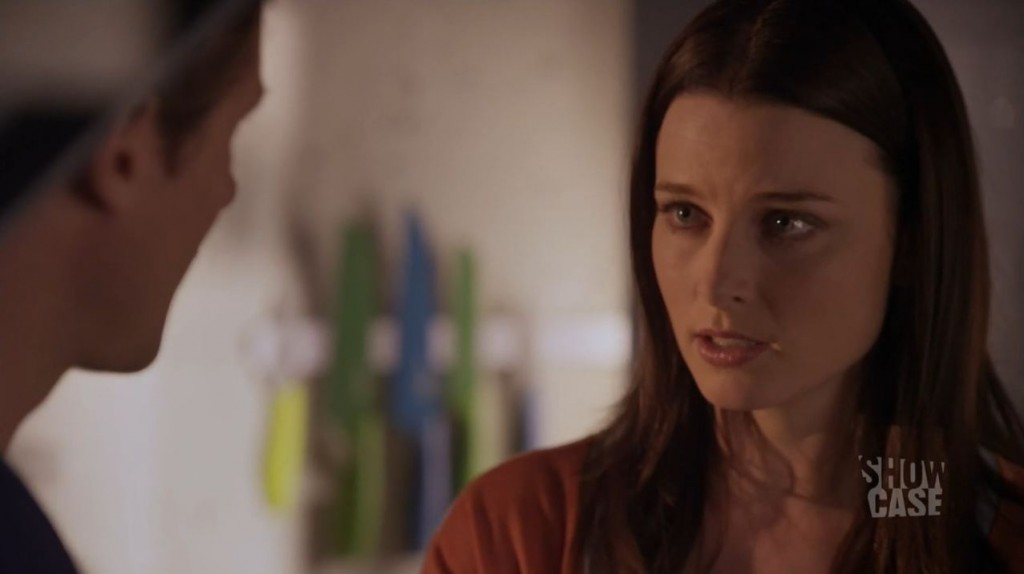 Kiera meanwhile suspects that Liber8 had inside help from the company to kidnap the CEO, the chief of security is their prime suspect after they catch him trying to murder the protester that might lead them to Liber8. Inevitable the culprit from inside the company is found to be a boardroom member, who quickly admits this was a scheme to oust the CEO from her job se he can replace her. He also states that Liber8 had no intention of keeping to their end of the bargain and that they merely kidnapped the CEO to put her on ‘trial’. 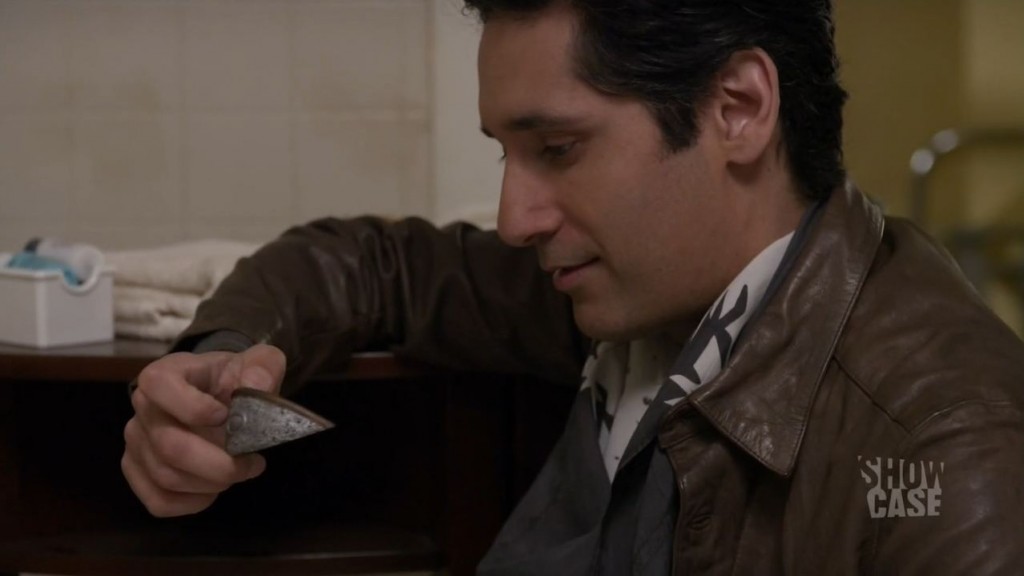 Kiera meanwhile has flashbacks to 2077 when she and a colleague had to restrain a food riot caused when a conglomerate called Piron hoards food supplies to drive up the price, this visibly shakes her confidence in the system of corporate governance. Liber8’s back story is also further deepened when in a conversation between Sonya and Kagame she mentions the censorship of the corporate bailout of 2010 from future history books. Finally Liber8 decided to punish the CEO by allowing people to vote on the internet on whether she lives or dies. Alec manages to track down Liber8’s hideout but he and Kiera decide to allow detective Robertson to find it herself because Kiera doesn’t have a plausible reason to know where it is. 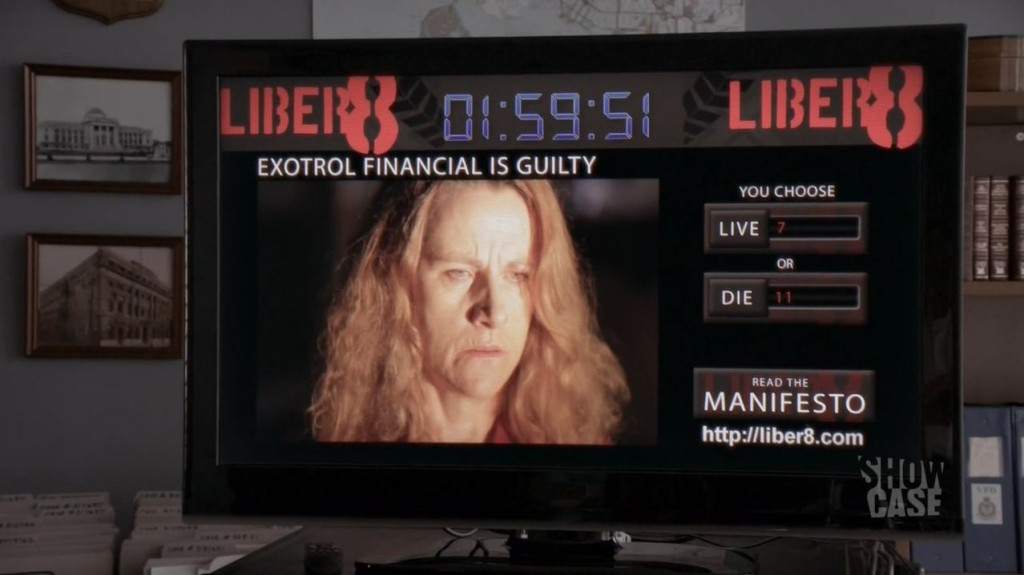 As Carlos and Kiera reach the hideout and try to rescue the CEO they find that a bomb has been strapped to her and is set to go off in two minutes. Kiera can’t disarm it but suspects that if the CEO admits to any wrong doing than Liber8 will defuse the bomb remotely. After a tense moment in which the CEO admits to cleaning out employee pension funds the bomb does explode but with confetti instead of explosives. Kiera is later informed that from an enormous short-sell Liber8 has managed to make a fortune, he also informs her that Julian was at the demonstration. Kiera asks if he is going to be a problem but he hesitantly says no. A side story reveals how Kellog has managed to get the part of the time machine from Kiera’s flat.

Time’s Up continue with the fast paced script that we have become used to see in Continuum, this episode is visibly different as it enlarges the cast to include the demonstrators. it is also quite clear now that the show’s creators are goign to use the present economic downturn in this series as a backdrop. 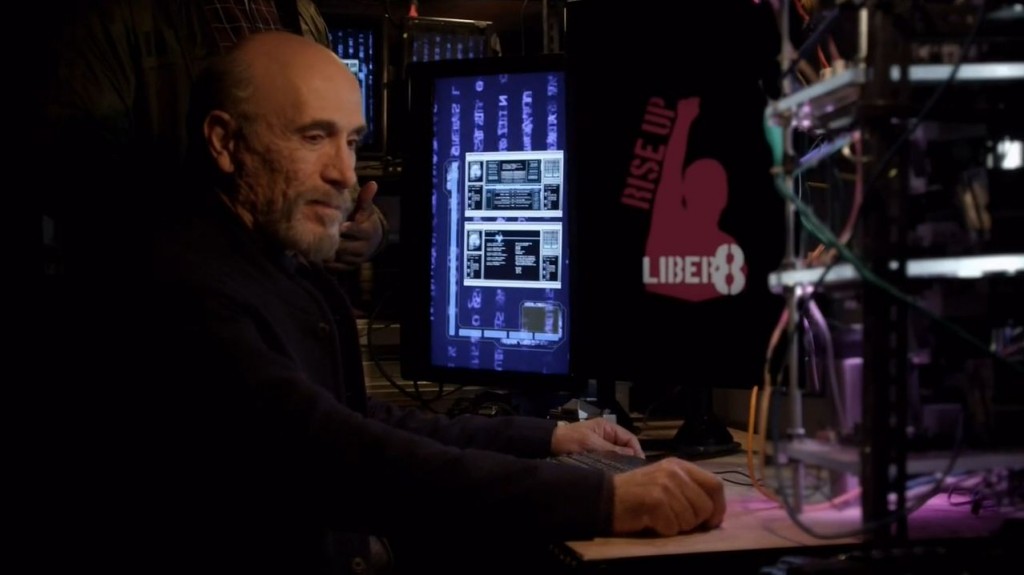