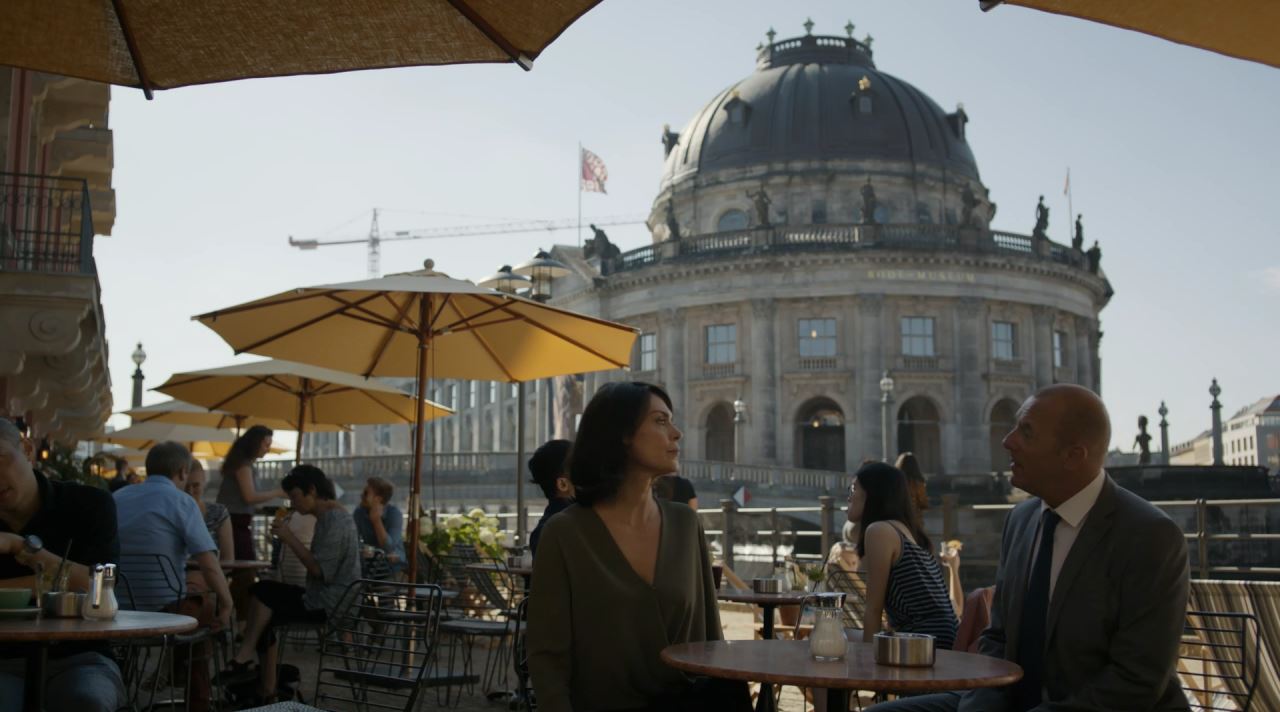 Berlin Station is a spy thriller produced by Epix. The show follows Richard Armitage as Daniel Miller, a CIA operative tasked with doing a lot of the dirty work in Berlin. The first season dealt with the fallout of whistleblower Thomas Shaw, a pseudonym for CIA case officer Hector DeJean (Rhys Ifans), as he spills the beans on what the CIA has been up to. Berlin Station can boast a large and experience ensemble cast including Michelle Forbes, Leland Orser, Richard Jenkins and now with season 2 also Ashley Judd. Berlin Station is hard hitting, it portrays the glamour less world of intelligence with Berlin as perhaps the ideal backdrop. As I love Berlin, spy thrillers and Michelle Forbes what is there not to like? 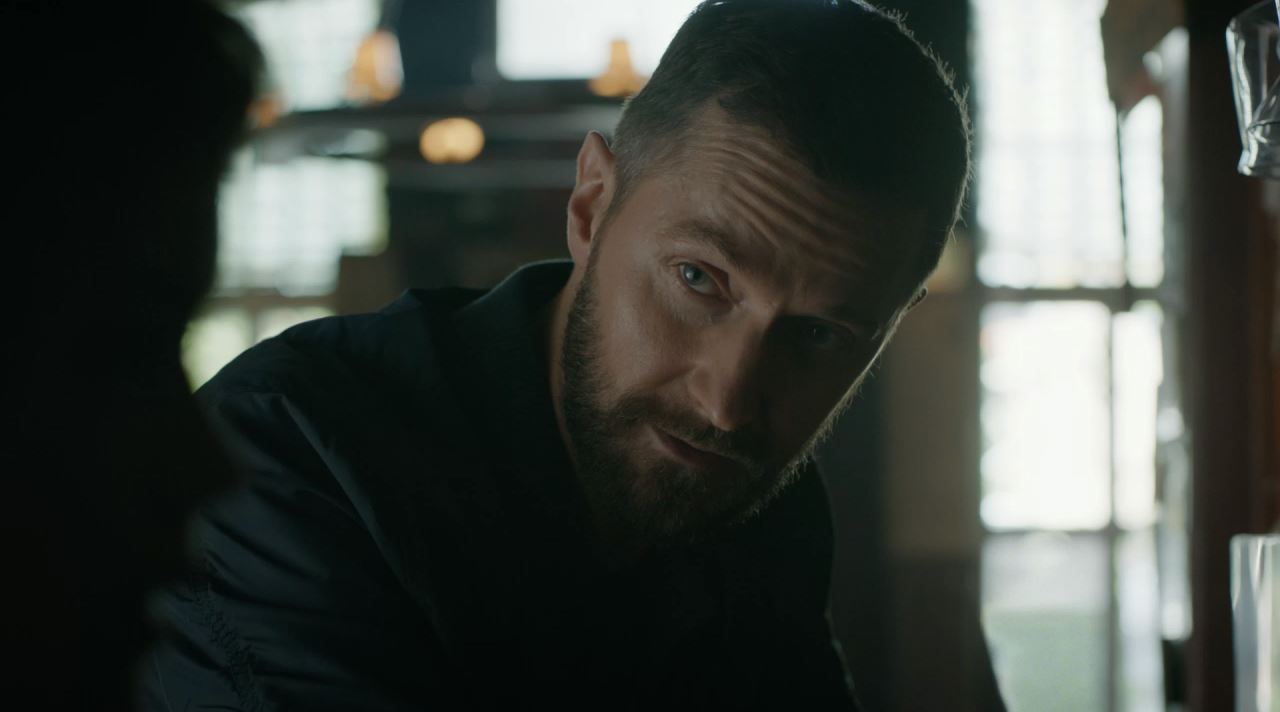 So what is the second season all about? On the face of it, the team of the CIA agents assigned Berlin have to prevent the rise of PfD, a right wing party. The party leaders are planning to use a ‘false flag’ terrorist attack to win the upcoming election. Daniel decides to go uncover as right-winged gun dealer to get an idea of what the target could be. Before long he finds himself in trouble and is forced drag Hector out of retirement to act as his boss to impress the leaders of PfD. For those not keeping tabs, Hector kind of screwed everybody over during season 1 by releasing the names of CIA undercover agents. 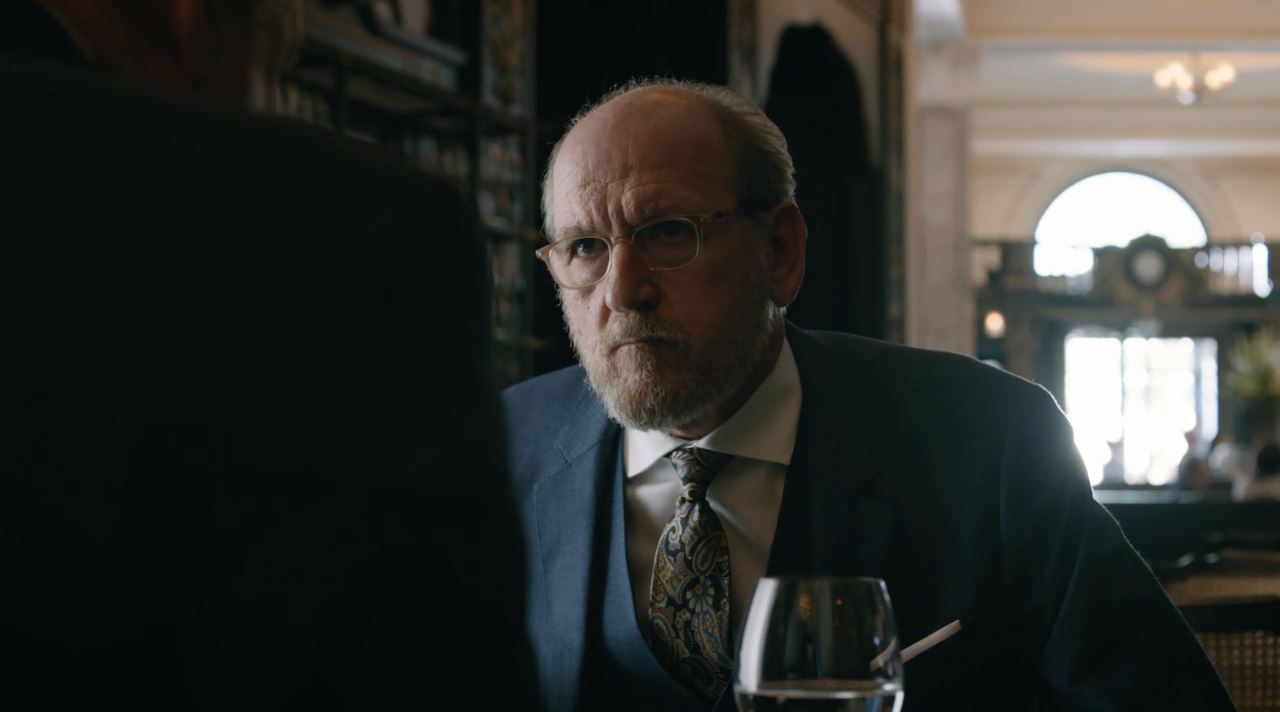 In the fourth episode, Hector and Daniel have made their way back to Berlin from the excursion to Spain. Meanwhile the agents at the embassy have to deal with a nosy ambassador who may not mind the PfD to win, especially if his boss in the Whitehouse is a right-winged nut. New CIA Chief of Station BB Yates (Ashley Judd) is forced to split her attention: the mission in the one hand and the ambassador’s demands in the other. Her private life appears to be as messed up as all the other characters. 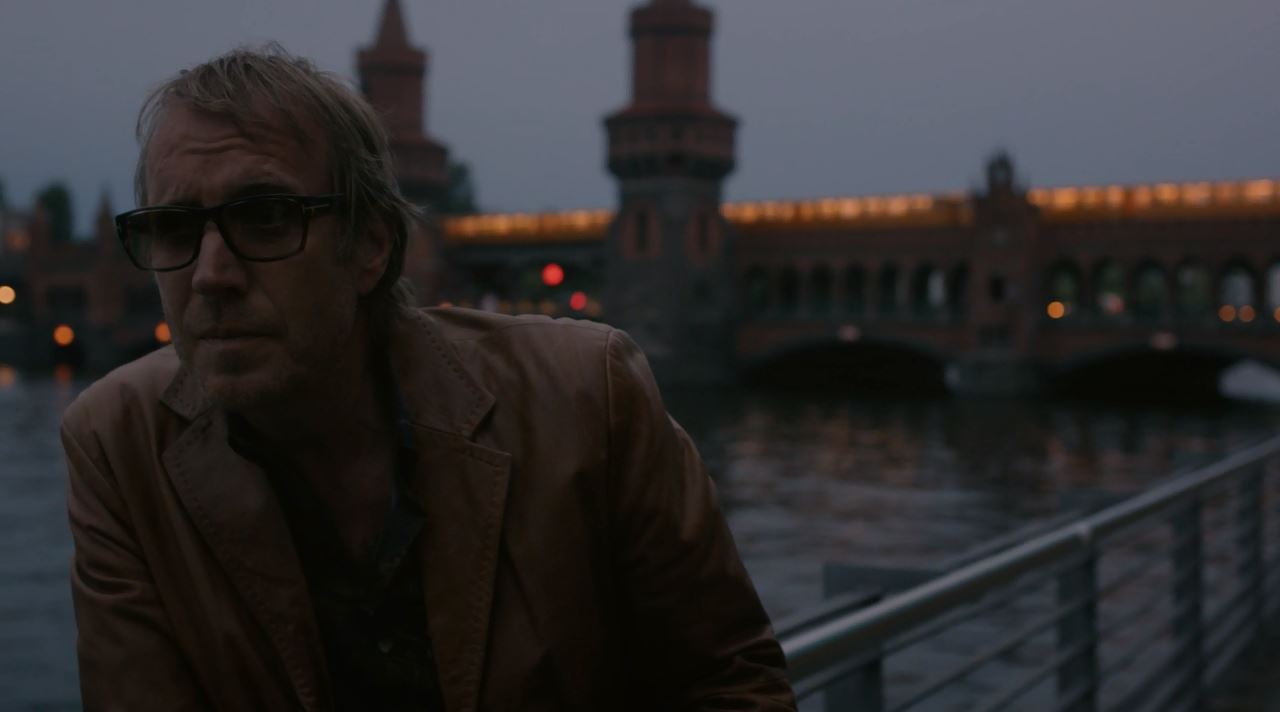 Daniel meanwhile manages to gain the confidence of Lena, daughter of Otto Ganz, one of the leaders of PfD. Together they steal a van that is to be used in the terror attack. During the first 4 episodes the thought the CIA are being played by another party keeps coming up in my mind. Otto used to work for the Stasi and so far he has Daniel and Hector do all the heavy lifting, including finding a supply of Semtex explosives. I won’t be surprised if Russian intelligence, the FSB, is proven to yet again interfere with an election. 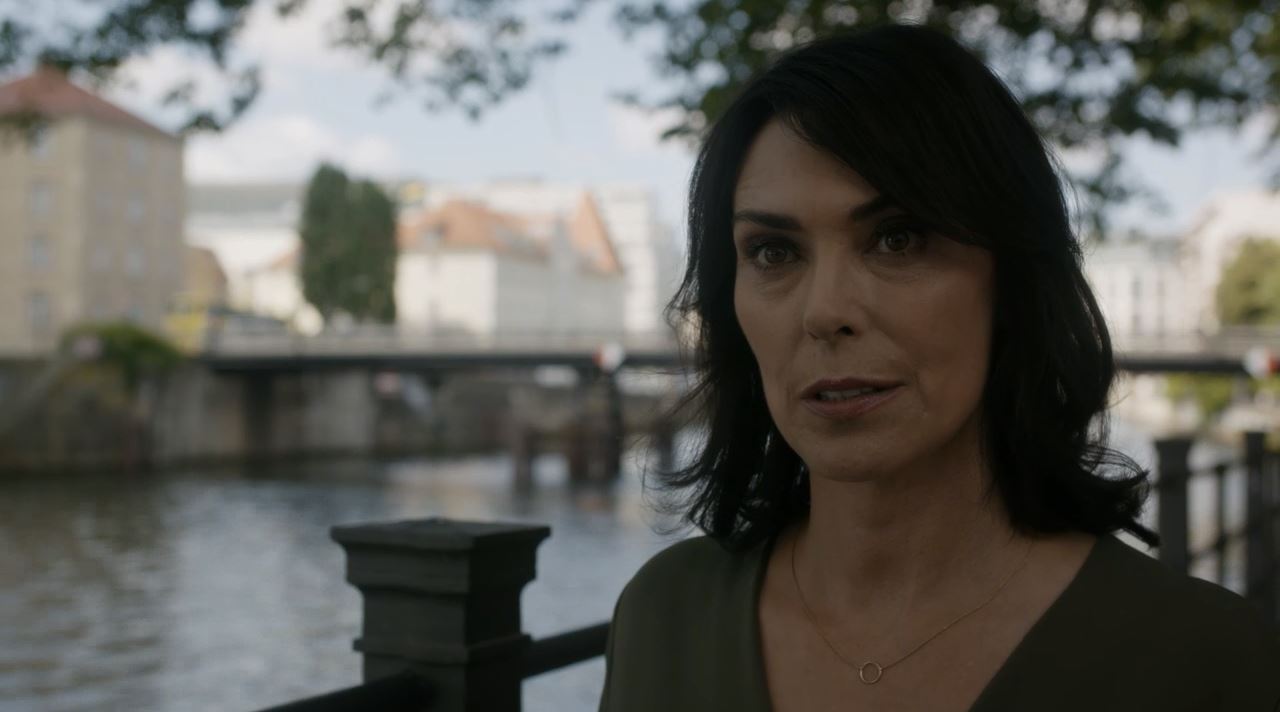 During the conclusion of the episode we get he first hints at what the target for the attack might be. As suspected Ganz intends to bomb members of his own party and pretend it is an ISIS attack. But with so many smaller storylines in the mix, I doubt that is the full truth. Meanwhile Valerie (Michelle Forbes) manages to infiltrate the PfD through a seemingly disgruntled member but is she really being honey-trapped instead? 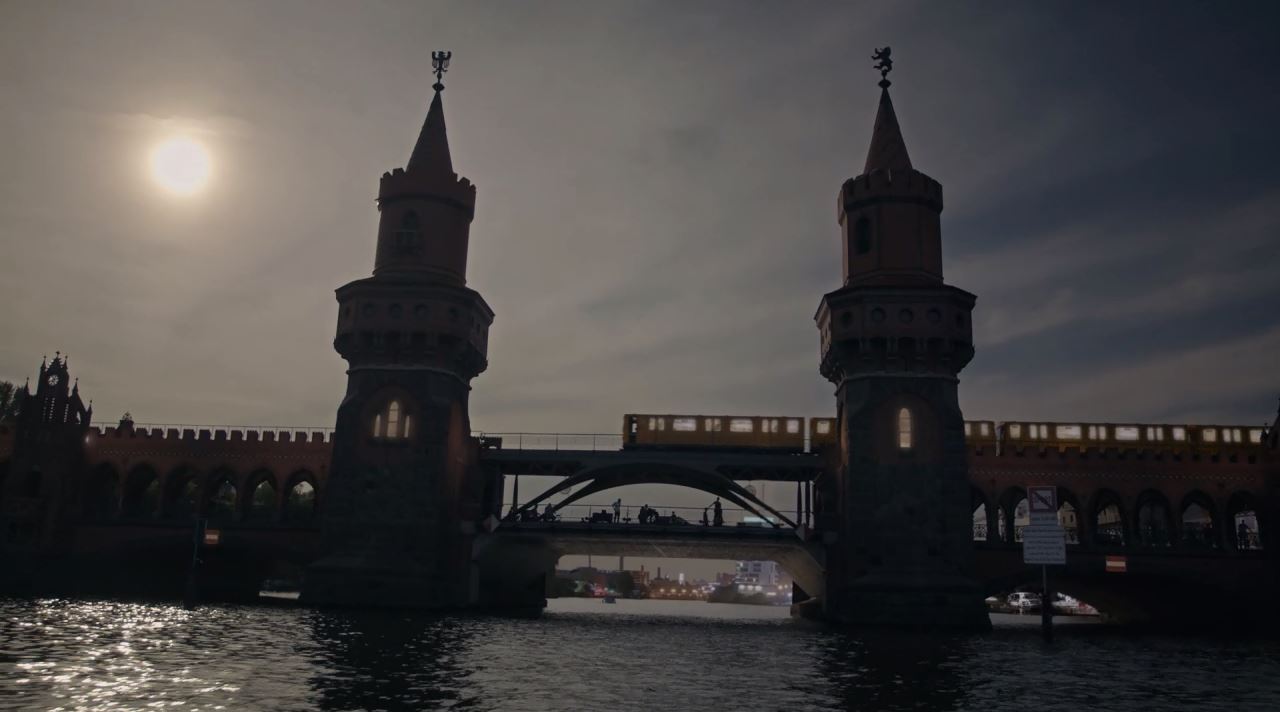 So far this second season has not yet dealt with all of the fallout from first. No one has mentioned CIA honcho Clay Williams has been doing since he shot Daniel, nor the death of Hans Richter. We have also yet to see Steven’s wife Kelly, Valerie’s boyfriend or any mention of the operation she got involved in before the start if the show. Berlin Station has always been a slow burn, and it looks as though all of these issues will come around eventually. If you can’t get enough of Berlin Station I advice you to check the books of show creator Olen Steinhauer.