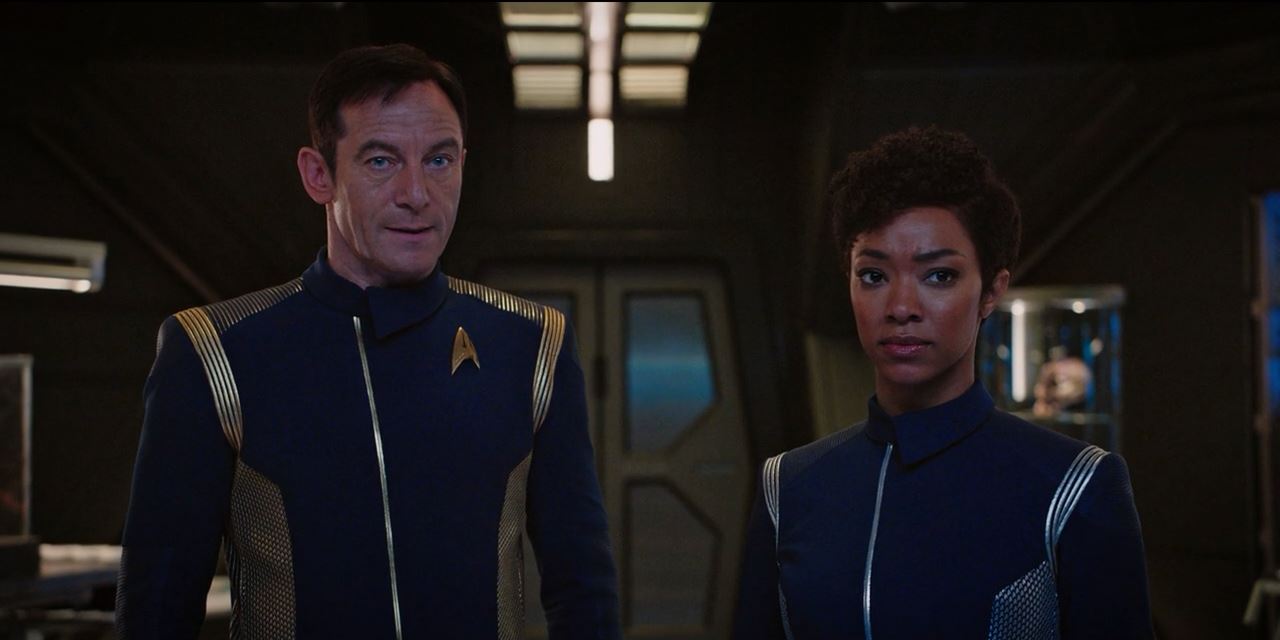 Star Trek Discovery has aired 4 episodes till now. I thought it fitting to attempt to judge whether the show is worth your effort during this busy fall season. Discovery stars Sonequa Martin-Green as Michael Burnham, Jason Isaacs as Captain Lorca and Doug Jones as First Officer Saru.

After the first two episodes I still did not feel like I knew what the show was about. Who would be given screen time? Were all the characters besides Burnham just transient? After watching episodes 3 and 4 I can answer those questions. The story continues in serial fashion – Burnham is still disgraced after her mutiny, the war with the Klingon’s is still going on and Lorca still wants Burnham to work for him. He wants her to use her Vulcan education to try and better control the experimental spore drive for instantaneous galactic travel. Frankly the story does not disappoint – it is hard-hitting. 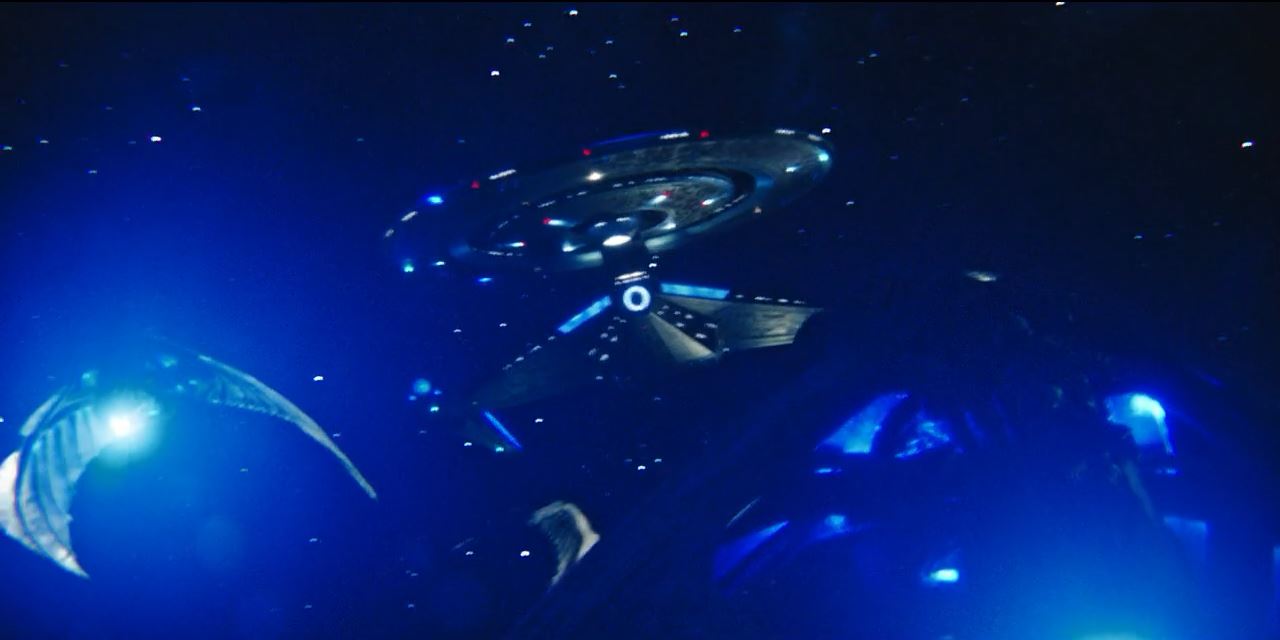 A long road to go

This episode does have a number of flaws typical for Star Trek. The background for the hurried experimentation of the spore jump drive is the imminent destruction of a Federation mining colony. As you may guess, they produce Dilithium. Over 40 % of the total need to sustain the fleet. This wouldn’t be Star Trek if the Discovery wasn’t the only ship in range. Now, its not that big a deal. It may even have been a spoof. But the pressure means that the story moves at a fast pace – there is no time for a casual walk in the arboretum. The end result is that the plot feels rushed – with the resolution being too convenient. 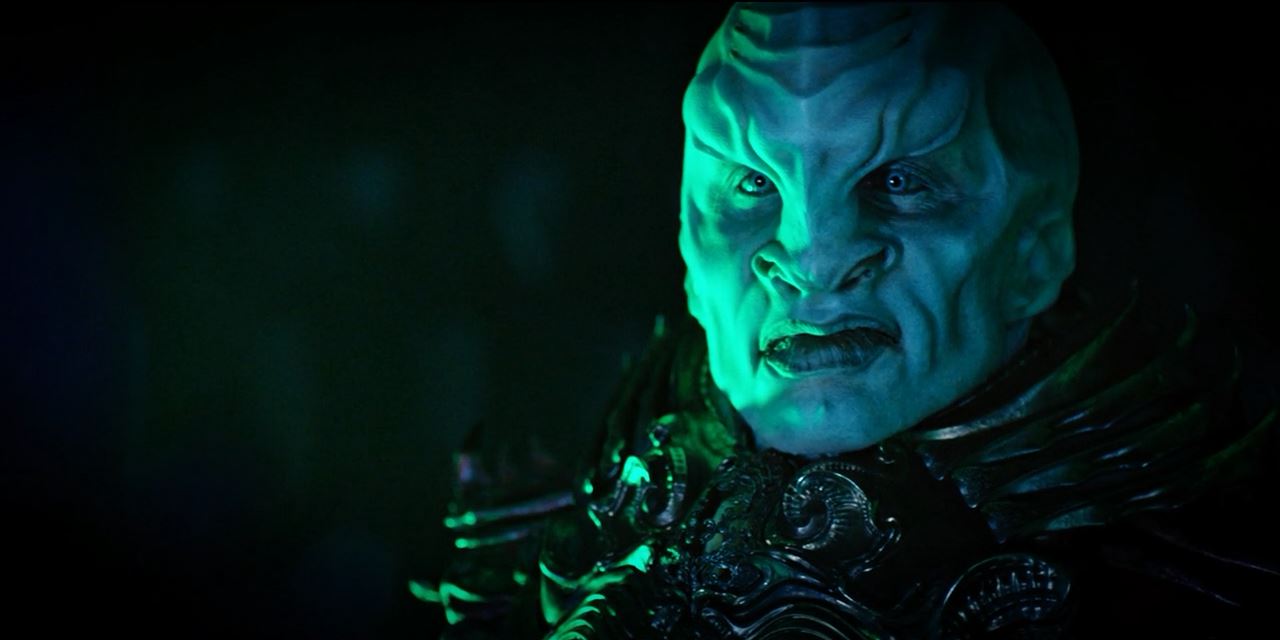 That said I did enjoy the science. The idea that the ‘creature’ has a symbiotic relationship with the spores provokes memories of The Next Generation. Also Burnham’s discovery that it can sense when someone wishes to harm it feels very trekkie. However, the episode did go too far in giving Burnham all the breakthroughs – a balance with Science Officer Stamets would have been better.

Finally there are the Klingons. As much as they have been a presence in the first two episode we know little about them. Somehow the 24 houses appear to be fighting a united war, but without the deceased T’Kuvma. Instead his anointed replacement Voq has to deal with a damaged ship and shrinking supplies. The episode deals with him overcoming his distaste for Federation tech. He manages to salvage dilithium processor from the Shenzhou with L’Rell. I enjoyed how there is slowly a relationship building between the two. The episode does end predictably when Voq is exiled to the Shenzhou after one of his rivals Kol orchestrates a mutiny.

In short, this was a fine episode with just a few flaws. However, Discovery still has a long road to go live up to expectations. More needs to be done with the secondary characters – in this episode there was relatively little development. I also want to see more of the Federation and the war with Klingons. Below is a trailer for the next episode – Choose Your Pain. It looks as though my wish will come true. This was Star Trek Discovery review.