This episode of Warehouse 13 is a Christmas special, and as such it lampoons the
series just a bit (which in its own rights is often frivolous). Often this can
either be needlessly stupid or absolutely brilliant. This episode swings back
and forth between the two. 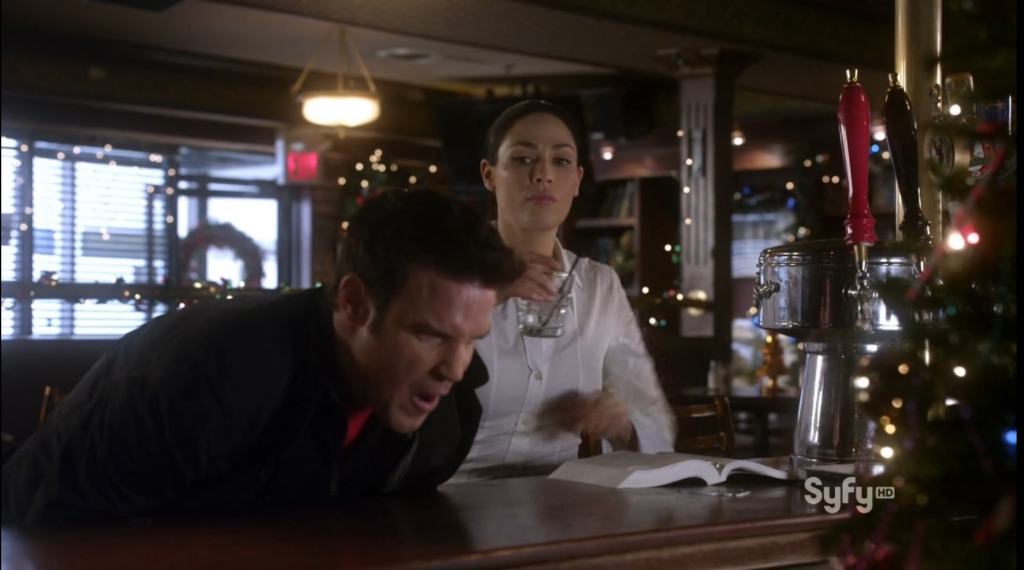 The episode begins with Pete and Myka having to retrieve Rudolph’s red nose which playing havoc to someone Christmas decorations. After they manage to do so Pete finds himself on Christmas watch in Warehouse 13, while fooling around he manages to get hit by a brush which erases his entire existence. After he casually strolls into Artie’s office he finds that MacPherson and two other agents are in charge of the warehouse. Pete for a while thinks this is a practical joke and rather irritatingly for the audience doesn’t make the connection with any artifact.
Pete finally suggests that Leena might recognize him and the two agents take
him to see her. 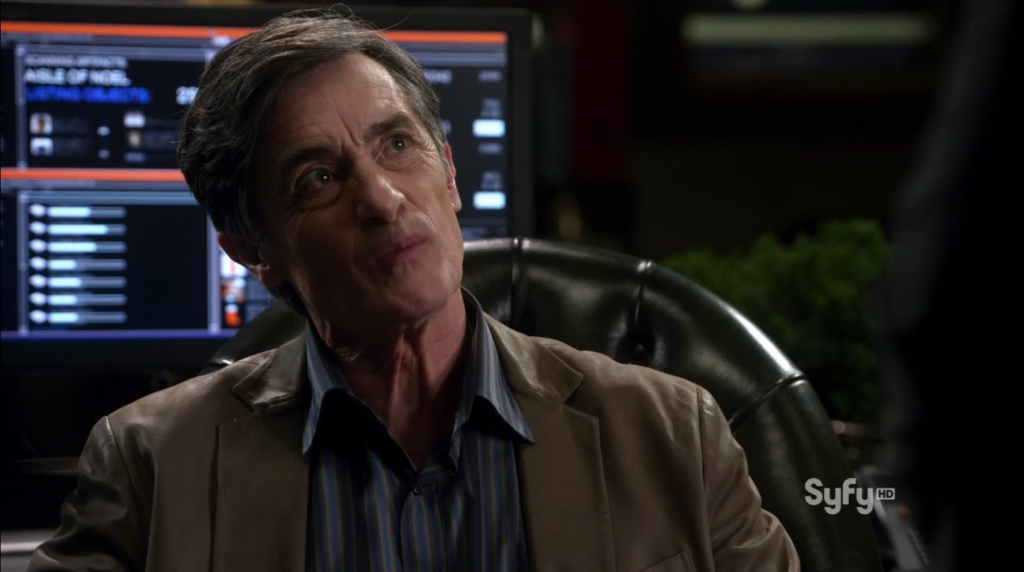 Of course she doesn’t and Pete still can’t figure what is happening. He does manage to escape from the two agents and Leena but not before he suggests that MacPherson is a thief who sells artifacts on the open market. He is overheard by Mrs. Frederic who is visibly startled.

Pete decides to find Myka who is still a Secret Service agent in Washington DC.
After initial disbelief he manages to persuade to see Artie who is in jail for
artifact theft. It is Artie who deduces that Pete is telling the truth and must
have touched the brush. In order to set things right they need to break into
the warehouse and the only person who can manage that is… you guessed it right… Claudia. 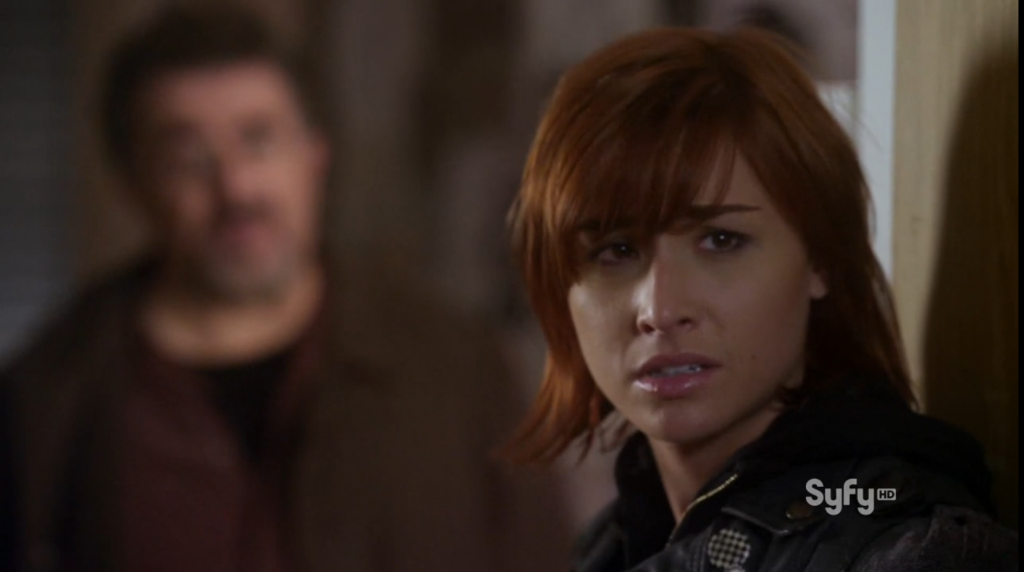 They bust Claudia out of the asylum with the promise of finding her brother, after
disabling the agents that had followed them they break into the warehouse.
Myka and Pete decide to find the artifact only to discover that MacPherson has
cleaned out the entire Christmas aisle. They finally manage to corner him
before he destroys the artifact. Pete manages to grab the artifact while
falling into the earth’s lava and this action sets everything right. 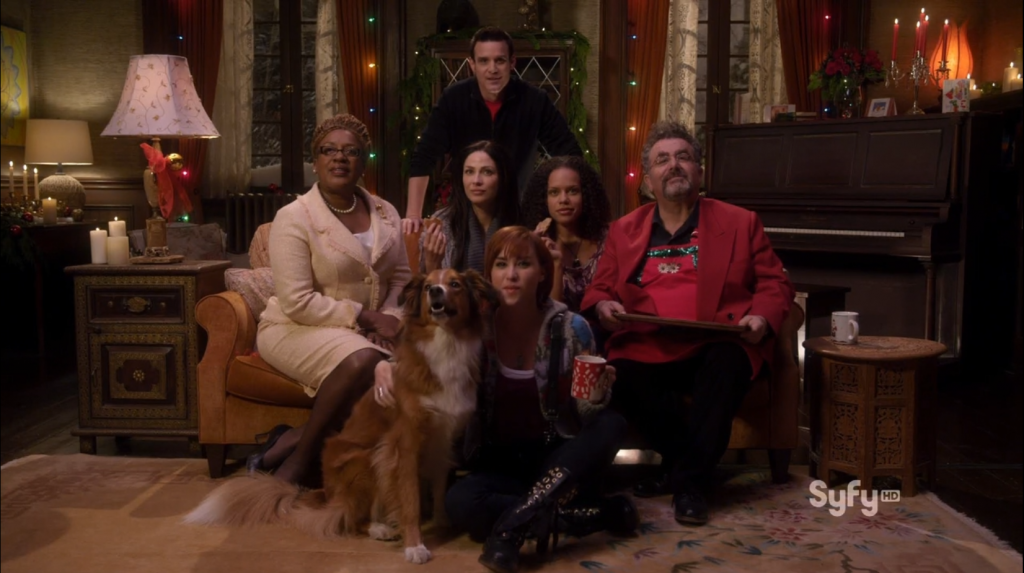 Conclusion; the episode is Ok, not brilliant. It suffers from familiar problems surrounding Warehouse 13. This show just isn’t serious enough and that alone causes the failure of suspense of disbelief.