Its been a busy few months for Star Trek Discovery. With trailers and panels Trek fans are slowly beginning to get an idea of what the series is about. Sadly not all fan reaction has been positive. For a show set 10 years before TOS, in possible yet another alternate reality, it looks suspiciously like BSG meets DS9. That along with the controversy surrounding cast diversity (its 2017!) and the way the Klingon’s look Discovery is limping along to its September 24th release date. But that day will come and I am at least willing to give the show a chance. CBS has announced a tie-in comic book from IDW and a novel by David Mack. Below you can read the details

The first Discovery tie-in is a comic book. Traditionally all Star Trek shows, except Enterprise, had comics released along side. In October IDW will start with the release of Star Trek Discovery. The comic, from Star Trek comics scribe Mike Johnson, Discovery series writer Kirsten Beyer and artist Tony Shasteen (Star Trek: Boldly Go) will focus on the backstory if the Klingon’s. That is Klingon leader T’Kuvma (played by actor Chris Obi on Discovery). That you can see on the cover. 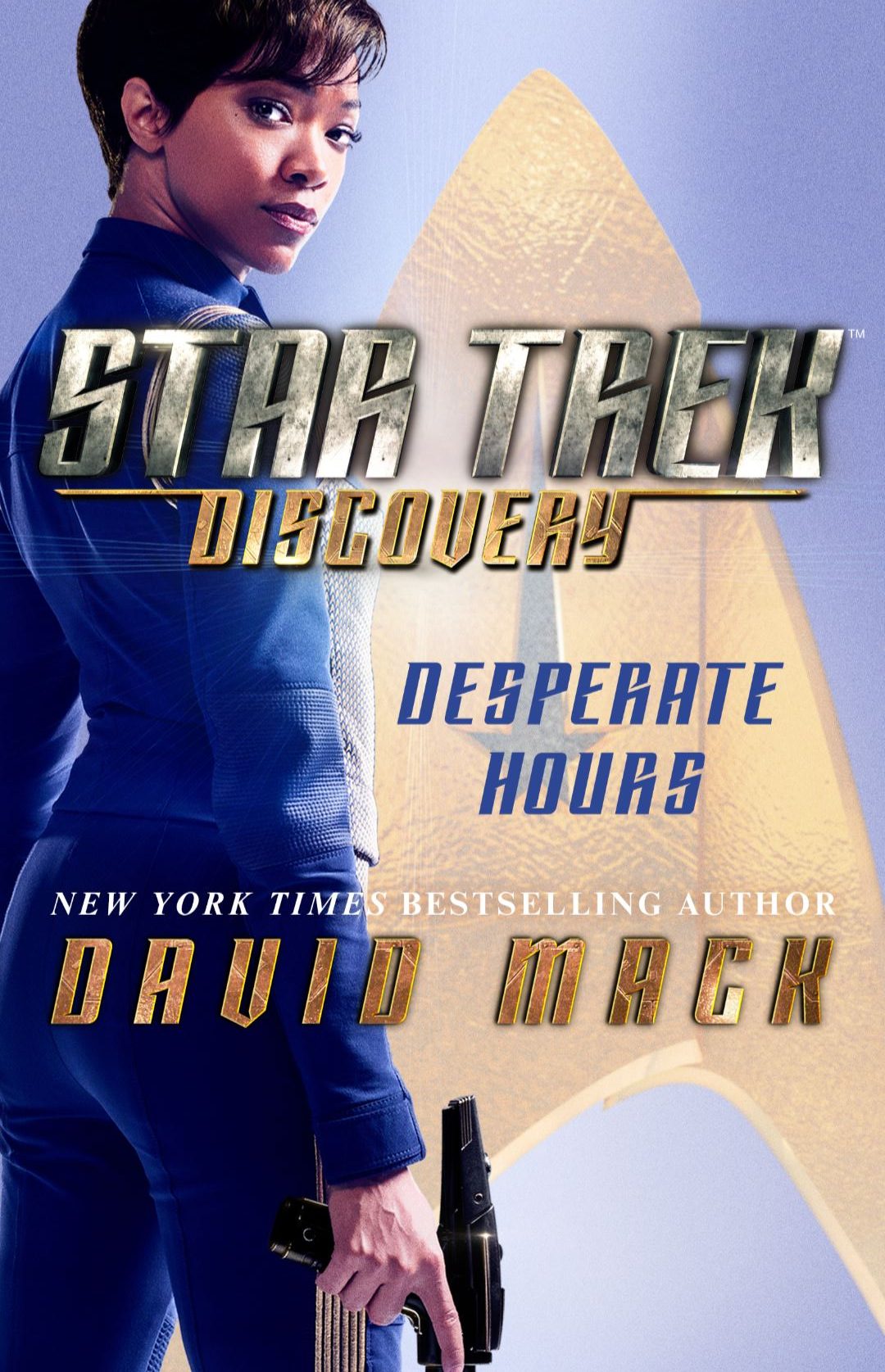 The second tie-in a novel by veteran Star Trek author David Mack. Star Trek Discovery – Desperate Hours is set before the events of the TV series but will provide an important catalyst for the events. Below you can read the synopsis.

Aboard the Starship Shenzhou, Lieutenant Michael Burnham, a human woman raised and educated among Vulcans, is promoted to acting first officer. But if she wants to keep the job, she must prove to Captain Philippa Georgiou that she deserves to have it. She gets her chance when the Shenzhou must protect a Federation colony that is under attack by an ancient alien vessel that has surfaced from the deepest fathoms of the planet’s dark, uncharted sea. As the menace from this mysterious vessel grows stronger, Starfleet declares the colony expendable in the name of halting the threat. To save thousands of innocent lives, Burnham must infiltrate the alien ship. But to do so, she needs to face the truth of her troubled past, and seek the aid of a man she has tried to avoid her entire life—until now.

Desperate Hours is slated on Amazon for release on September 26th. Just two days after the series premiere. This leads me to suspect it is more than a tie-in. it sounds like a second pilot. I will say this, I am not certain about that cover. I hope that won’t be Sonequa Martin-Green’s permanent uniform. Here is also hoping that the tie-ins will catch on as the Kelvin universe died a slow death because of the sparse tie-ins.

In the meantime I would like to say a few things about the doubt regarding Discovery. I think we will need to give the show a chance, maybe the first season will be crap. Think back to DS9, Voyager and The Next Generation – they also had crap premiere seasons. Personally I will remain focused on what the show hopes to deliver. I fear any kind of optimistic message will be buried by the grit and drama. I don’t necessarily want happy endings, but I do want resolution.

Below I have further included two videos. The first is the official extended trailer. I think it gives a good impression and a good vibe to the series. The second is a YouTube rant regarding all the things that could possible go wrong. While I agree with some of the sentiment, a few of the arguments are at least a bit of stretch or outright fear mongering.