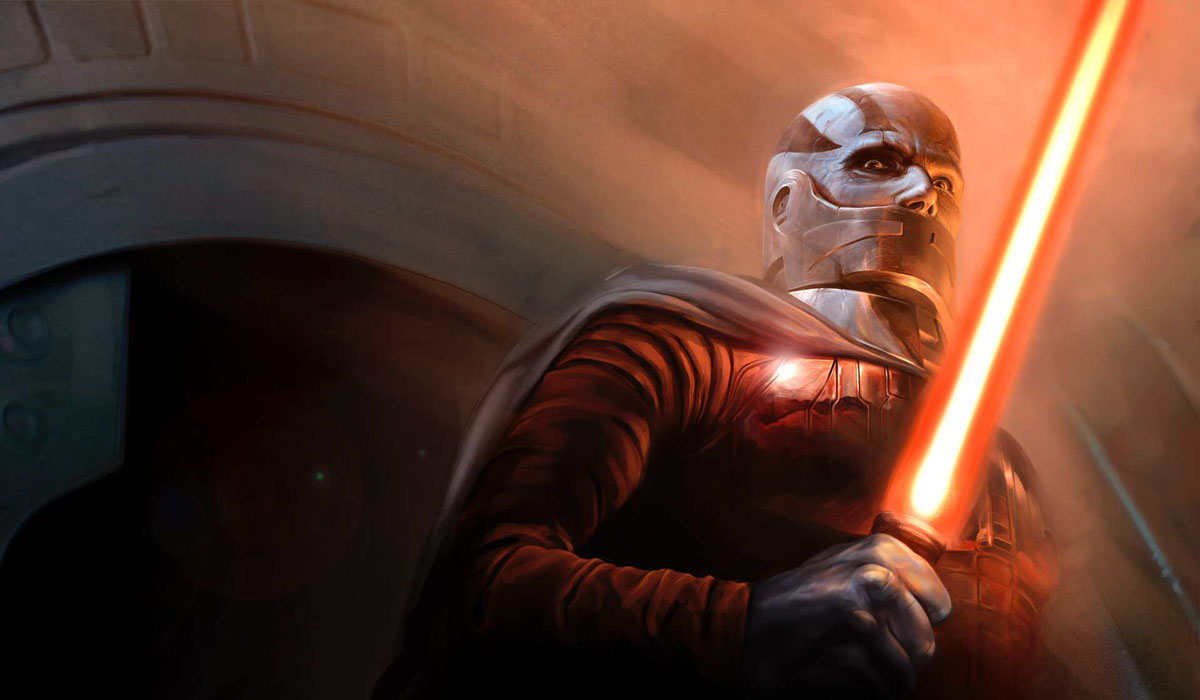 Remake of Star Wars Knights Of The Old Republic

Firstly, before I continue with this article I have to apologize for being absent for a week. I just started a new job and the first week was tough, but now that I have recovered SciFiEmpire will continue as usual. This week there was GamesCom in Cologne, Germany and besides the exciting announcement of the Quantum Break game and TV show there was also a rumor floating around. Neither LucasArts, EA nor Bioware will confirm this but it is likely that the 2003 hit RPG game Star Wars Knights Of The Old Republic will get a remake. Besides this rumor there is absolutely nothing to substantiate it. I mean nothing! But, it is probably true nonetheless.

KOTOR was in 2003 such a big success because of the wonderful in-depth storyline that was interwoven with the RPG game elements. It was one of those Star Wars games in which the player had to wait for like a third of the game to even get a lightsaber. Ooh boy was I looking forward to this game, and it sure as hell didn’t disappoint. The game was one of the most authentic Star Wars moments I ever had. The feeling of walking on the Taris promenade with that excellent soundtrack was just overwhelming. The story revelations and the exciting gameplay became the prototype to the Mass Effect Trilogy. The only thing that slightly spoiled the fun were the disappointing graphics, especially compared to other Xbox games. The art style managed to counteract the disappointment to a large degree, but if there is to be a remake I think this is the single biggest area of improvement.

Meanwhile there is a debate as to how certain this rumor actually is. LucasArts did release a patch for KOTOR 2 that undid some of the damage from the rushed production. With Disney at the helm of LucasFilm it is guaranteed they will attempt to earn back some of their 4 billion dollar investment. LucasArts itself no longer produces games, they are just there to oversee the franchising. At this moment they have a long standing agreement with Electronic Arts. At this moment EA acts publisher for Bioware upcoming game Mass Effect: Andromeda. And now the circle is complete!

I could go one for a while about KOTOR. The game gave me some of my fondest memories of playing games. But as it is a rumor I will just cap it here. This was me discussing the possibility of a Remake of Star Wars Knights Of The Old Republic. I hope you enjoyed this article!