The background of Person of interest has already been into quite enough, its a new scifi-crime show produced by J.J Abrams for CBS starring Michael Emerson and James Caviezel. It is intended to offer a sort of CSI kind if popularity for science but in this case not DNA/fingerprint stuff but more surveillance and computer information. The science behind it won’t be explained too much but it does appear at least a effort was made not to be too outlandish. From an early stage of the episode I got the impression that an effort was made of preventing the predictive nature of the information that helps Emerson and Caviezel’s character with catching crooks from being a deus ex machina. 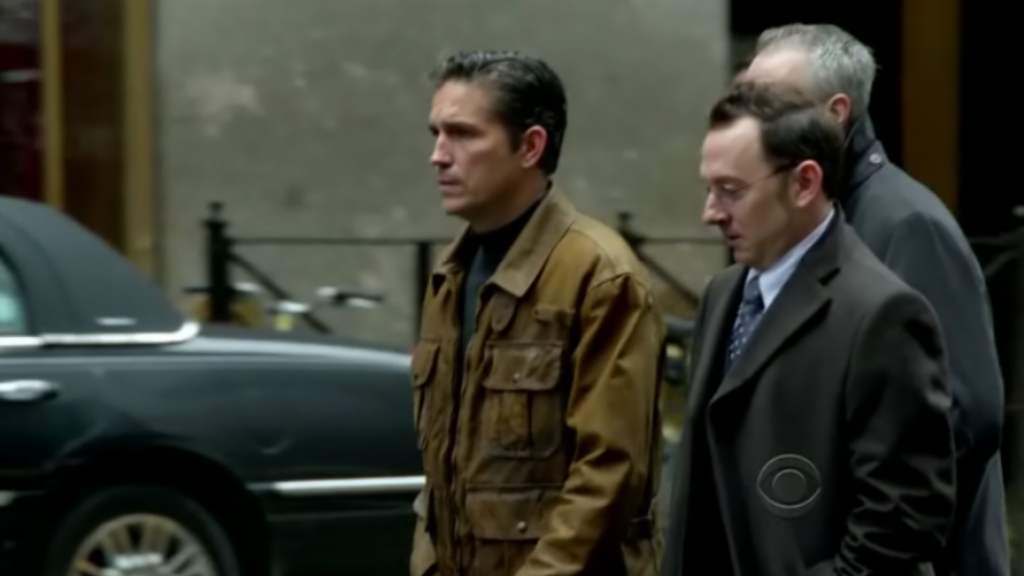 As for the plot…

John Reese (Jim Caviezel) has disapeared for many years from his CIA job, he lost his girlfriend while working for the company and now he is just hell bent on drinking himself to death, after an altercation with a gang in a subway he is arrested, after which detective Carter (Taraji Henson) tries to uncover his past. However, a lawyer working for the mysterious billionaire Mr Finch (Michael Emerson) manages to get him out of jail before detective Carter can uncover more. Her character comes back a few more times in the episode but we have to wait until next weeks episode for her to become a regular.

Reese meets Mr Finch who brings him an offer, either join him and fight for the innocent or continue drinking himself to death. Reese chooses the latter and thus through a humorous effort does Mr Finch make it clear to him his ability through information analysis that he can predict who will become involved in a murder (A murder that has to be planned for it to be detected). Finch points out that assistant distict attorney Diane Hanson is likely next victim. 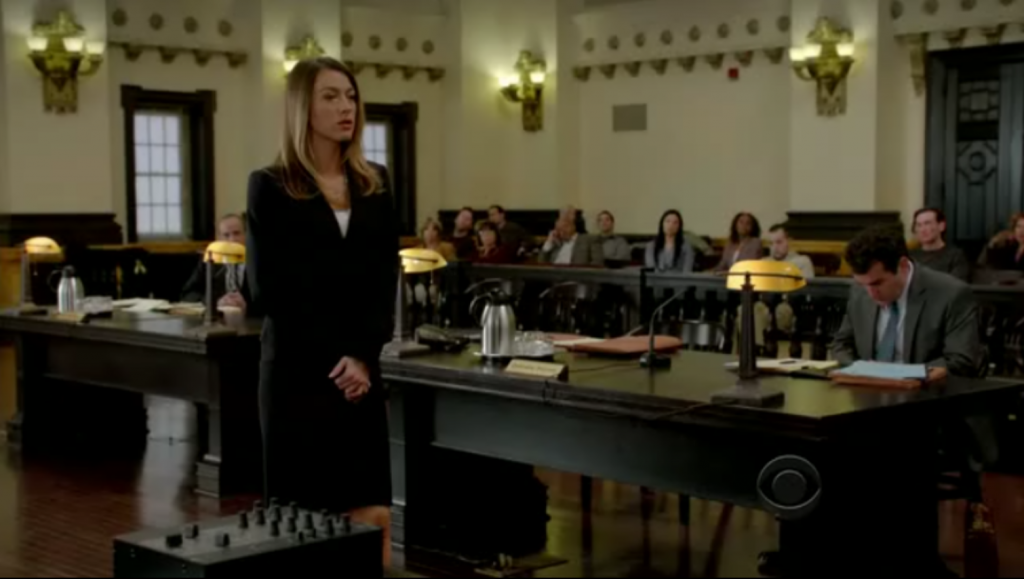 Reluctantly Reese uses his CIA tracking skills to uncover Hanson’s life, quickly concluding that a case she is working has suspects who would want her out of the way. Her colleague ADA Miller may be in on wanting to knock her off and so Reese tightens his surveillance. In the meantime a brother of a suspect might be a witness and disapears but only after Reese plants a tracking device on him. In a bad remake of the last season of 24 he manages to bust the witness out of captivity only to find out that the people who were holding him were cops. The cops promptly start cleaning up by first arranging for the death of the brother held in jail.

Reese and Finch now suspect their next victim is Hanson herself, by getting rid of her their drugdealer rip-off scheme will remain hidden. Reese tracks her down to a remote alley were she meets with the corrupt cops. The tables are turned rather predictably when it turns out that Hanson is involved with the cops and it is her colleague Miller who suspected her and is the true victim that was predicted by Finch.

Reese is captued and is driven off in a police squad car to Oyster bay bu detective Fusco to be discretely offed. He manages to free himself by using a stun grenade in the car. Detective fusco’s life is spared as Reese suspect his heart wasn’t realy into this scheme.

After freeing himself Reese is told the truth of Finch’s is ability to predict who will be involed in a murder. After 9/11 Finch working as rich programmer/entrepreneur he decided to build a computer system that would soak up every digital message sent by the general public and analyze it to find terrorist plots. The fast complex was presumebly sold to the NSA who now manage it without Mr finch’s involvement. One thing the system does apart from finding terrorist plots is deduce other crime plots, most notably murder. However, the NSA discards this information presumebly to hide that they have the ability to prevent terrorist attacks. Finch has a change of heart and manages through a backdoor he built into the system to get the social security number of the people involved. Finch has since been presumed dead and needs Reese to help him prevent the crimes from happening. 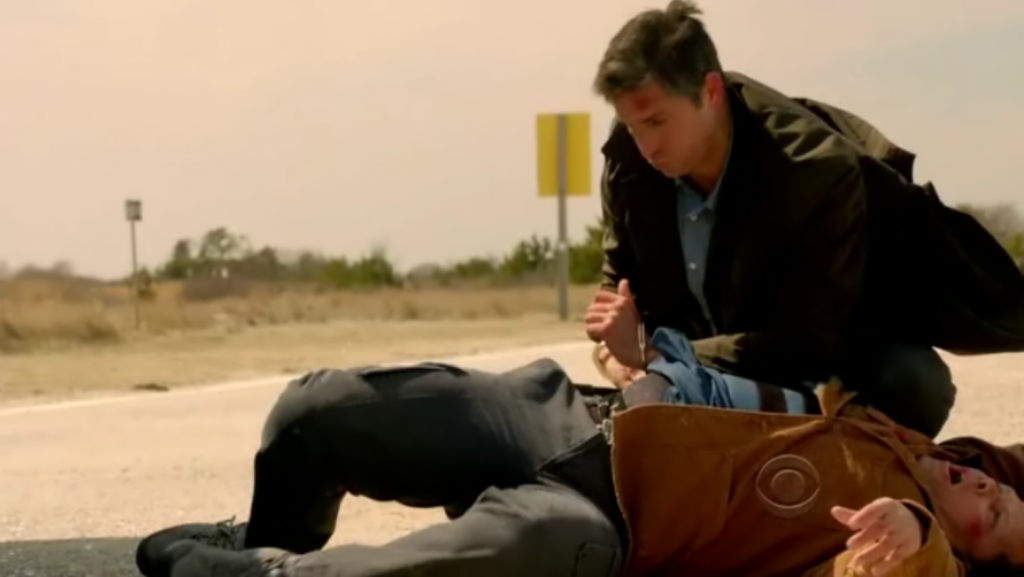 Hanson and lead corrupt cop Stills know things are getting hot and decide to kill ADA Miller, Reese manages to prevent the killing and learns the method by which the corrupt cops work. They always use a convicted criminal as a patsy. Reese kills Stills and put him in the boot of the car of detective Fusco, after a little talk during which Reese makes it clear that Stills got shot with Fusco’s service gun he implores on him to become his informant which Fusco reluctantly accepts. In a moment of justice Reese tells Fusco to make another trip to Oyster bay, this time to bury Stills.

ADA Hanson manages to get herself implicated in the drug scheme by accidently playing the tape of her confessing her involvement in a court room. With that the first episode comes to a close, Reese assures Finch that he will continue working for him though Finch assures him they will both end up dead one day because of the work.

As for my opinion…

The first episode of Person of interest has the problem that it has been a little bit overwritten. The plot turns and twist a bit too much and a bit too predictably because of the number of characters that need to be introduced. The special effects are decent. In order to give the setting more ambiance the secret headquarters that Reese and Finmch will be working from a a abandont library which is perhaps a little bit over the top. The first episode does have its flaws but it sees more exciting than lets say Alphas. The humour works well enough and emerson’s deadpan is just brillaint.

Next weeks episode is enitled ghosts.

His Dark Materials returns with the fantastic Theft

Vader takes on Ochi in the fantastic Darth Vader issue #7