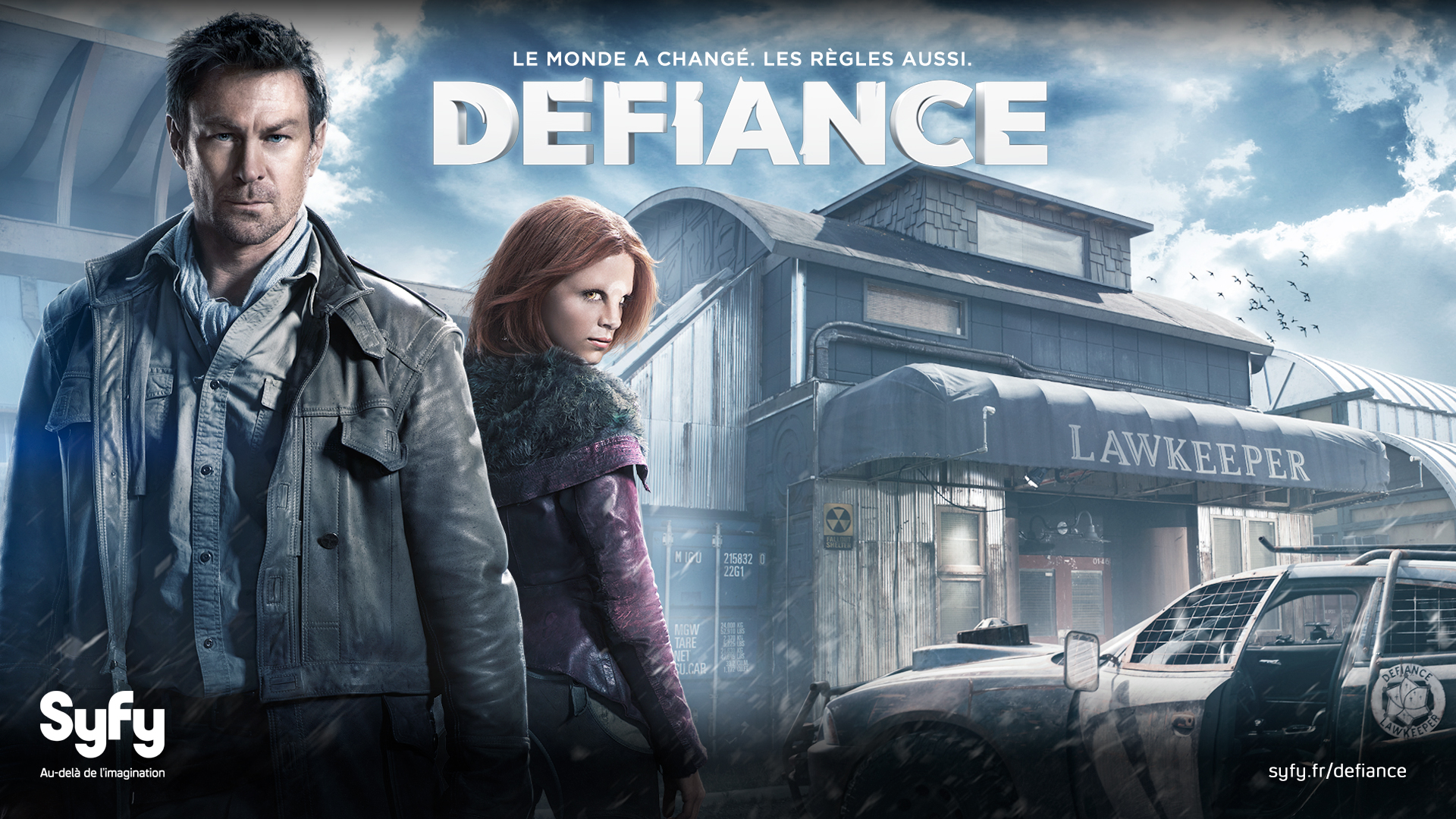 After just 5 episodes into its first season Syfy has already given its news flagship show Defiance the benefit of the doubt. Syfy has renewed the show for another 13-episodes that will start airing in 2014.

The announcement is surprising for several reasons. So far the quality has been uneven. A lot of viewers are confused about the background world. A situation that echoes what happened with Farscape 10 years back. Also the ratings have so far been steadily dropping over the course of 5 episodes. The last episode gaining 2.19 million viewers. Personally I only became enthusiastic about the show after seeing the fifth episode ‘A Well Respected Man’. If you gave up on Defiance before that, than I suggest you read the review here on SciFiEmpire.net.

Though I am happy that Syfy has renewed the show the reason has probably more to do with business than with success. There is of course also an MMO to be considered. It would  an epic failure if the first TV-series/MMO tie-in would fail after just one season. As for the MMO, it has it fair share of deficiencies but fans have come to appreciate it.

Defiance will be back tonight with the episode ‘The Serpent’s Egg’ starring Grant Bowler, Jaime Murray, Tony Curran, Julie Benz and Stephanie Leonidas.