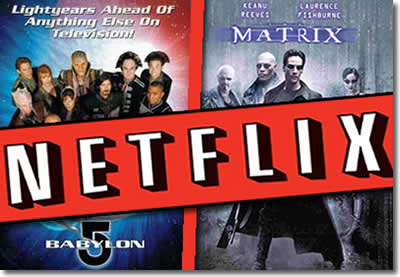 Fans of Babylon 5 and The Matrix (ooh common, there must be overlap) have something to look forward to. Apparently Netflix have brought Babylon 5 creator J. Straczynski and the Wachowski siblings together for a previously unknown series entitled ‘Sense8’. Netflix has already blessed the series with a full first season of episodes, so there is some serious stuff going on. it is not entirely clear what genre Sense8 will be. Though the title refers tot he word sensate which means being aware. A preliminary synopsis for the show states the following.

‘Sense8′ will be following 8 individuals from around the whole who suddenly have developed the ability to telepathically speak with one another. With this new found ability how will they use it? How will humanity and the world’s governments react to them when their new abilities are revealed to the world?’

Accordingly there are sub-genres of espionage, medical experiments and political drama that can be explored. Sense8 is so far scheduled for a late 2014 release, so we still got a while to get excited. For now the big names associated with this project will definitely mean I will keep an eye on it.

Those who have a hard time keeping up with upcoming TV shows must also not forget Helix, from BSG creator Ronald D.  Moore.