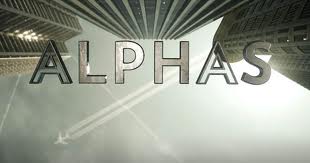 The series is a superhero/sci-fi themed story about five individuals (alphas) who discover they have special abilities. Each specializes in one ability and together they try to rid New York from evil.

At first this seems like another attempt on behalf of the Syfy channel to produce a series that would appeal to a greater audience by treating the Science-Fiction elements lightly. We will have to see if their attempts to come up with a series that isn’t as excentric as Fringe nor as uselessly techie as Numbers will succeed, as Sanctuary so far has not quite reached a sizeable audience.