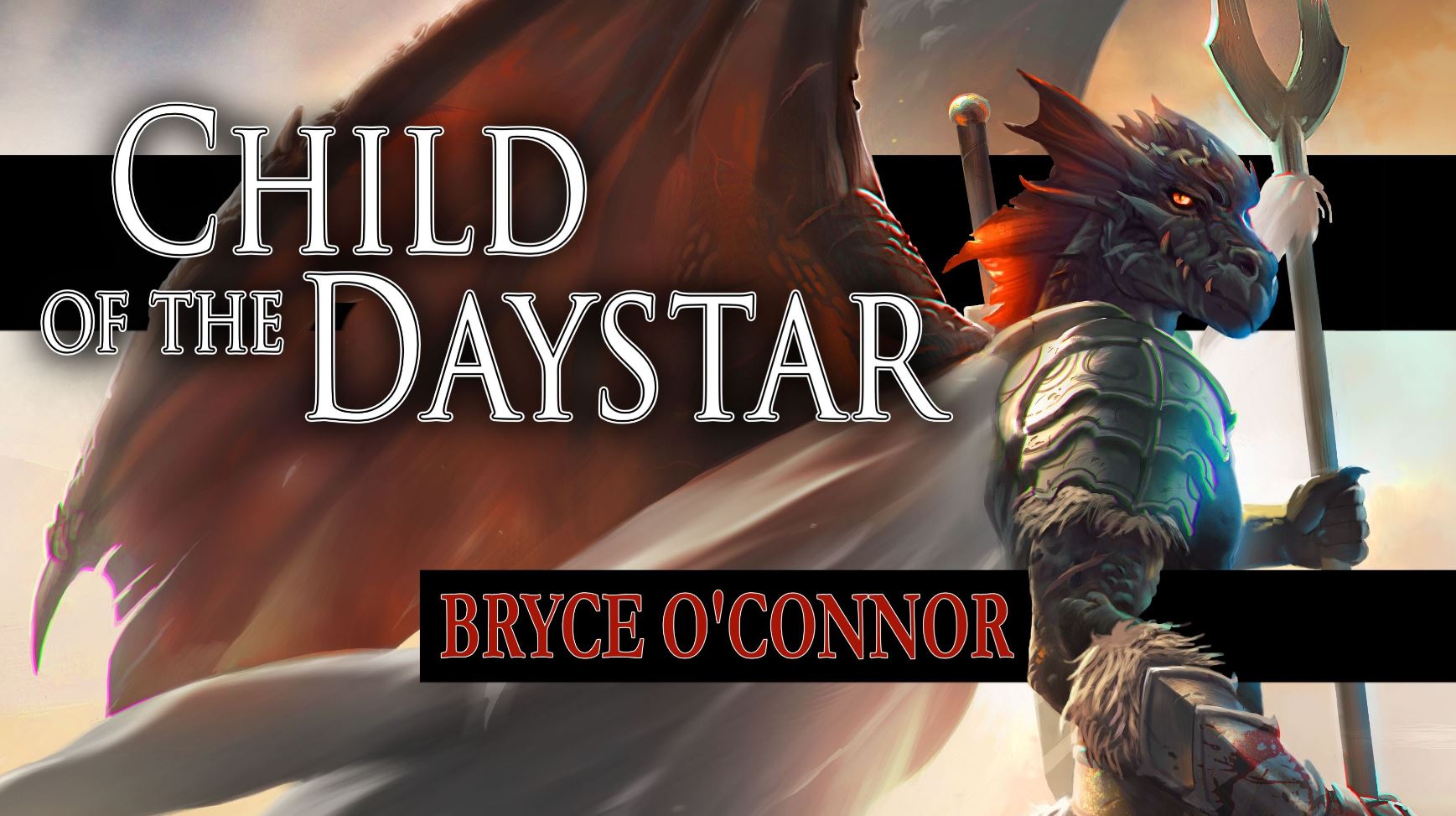 Child of the Daystar, a review

Child of the Daystar is a fantasy novel by first time author Bryce O’Connor. The novel has been funded through a Kickstarter project and is the first in a series called The Wings of War. O’Connor freely admits that Child of the Daystar may be his mixtape. On the Kickstarter page he cites his influences to be authors such as Jennifer Roberson and Elizabeth Hayden. Read the rest of the review below to find out if this book is something you want to read during the holiday.

The story is about Raz i’Syul, which means Child of the Daystar, who belongs to the humanoid lizard-like species called Atherians. Raz is a male Atherian, a rarity made even more so by his wings. His father, Agais Arros, the man who found Raz after slavers left him for dead, has to deal with a prophecy made by the Grandmother of the Arros clan about a son. He is disappointed when it becomes clear the prophecy refers to the adopted Raz. Despite the initial opposition to taking in and caring for Raz the rest of the clan slowly begins to appreciate him. Nonetheless, his Atherian nature and the cruel reality of the Cienbal desert seem to plot against him. After his family is killed by raiders Raz seeks revenge. Raz is recruited by the Mahsadën ring, the most dangerous group in the underworld of The Cities. Raz works as assassin and mercenary but as the body count rises he begins to harken for revenge.

From the start this novel took be by surprise. O’Connor has managed to write the story with a clean exposition. The description of events, surroundings and people is to the point and rarely sidetracks. O’Connor easily manages to create characters that are engaging to the reader. Without lengthy background descriptions the reader is able to quickly determine their nature. For the most part their actions reflect a realistic and pragmatic knowledge of their world. Every one of their actions can lead to sudden death in the dangerous environment of the Cienbal desert. The world in which Child of the Daystar takes place also changes, affecting people in different ways. For the members of the Arros clan who live as nomadic traders, their world of peaceful trading threatened by changes in the cities they trade with.

For a novel the author describes as his mixtape it is surprisingly original. The influences of careful plotting, description of personalities, cultures and clash of cultures remind me of Frank Herbert’s Dune and the novels of Kim Stanley Robinson. I also found a pinch of Middle-Earth and A Song of Ice and Fire. Nonetheless, O’Connor manages to convincingly tell a tale of revenge by a young lizard-man named Raz, an unstoppable force in a world that the reader quickly learns to care about.

Child of the Daystar is published by Lulu and can be bought at Amazon.com. The paperback retails for $14.99, the hardcover for $29.99. If you want a discount on the hardcover, check out the publishers page. If you want just the e-book version, then head out to the Lulu page. If you want to know more about author Bryce O’Connor and the other entries in The Wings of War follow the links to Goodreads and Twitter!