On the 28th of February a new scifi-themed squad based shooter will emerge from SEGA entitled Binary Domain. The storyline centers around a world were robots are replacing humans which leads to a sort of civil war.

The game is being produced by Toshiro Nagoshi who is in the west famous for his Yakuza series of games. Binary Domain is different from most other squad based shooters in that the producer wanted the story’s suspense to be woven into the action and not shown with cut scenes as is customary. This concept certainly makes the overall package of gameplay and storytelling a lot more interesting. 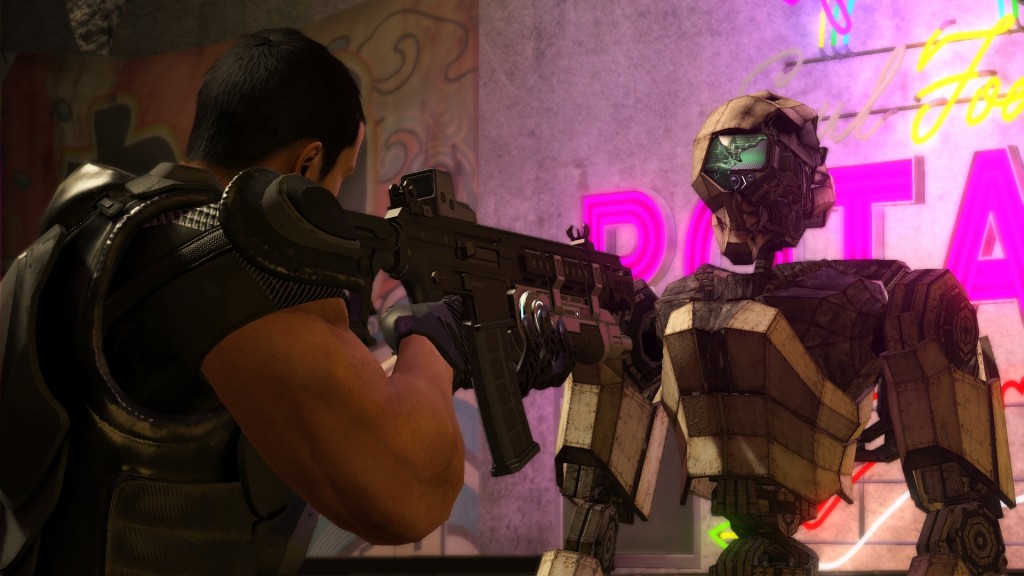 A system called ‘Consequence System’ allows users to interact with the AI through their headset and the AI responds to actions and choices made by the player throughout the game.

Binary Domain is scheduled for release on Xbox-360 and PS3 (no word on a windows version as of yet).